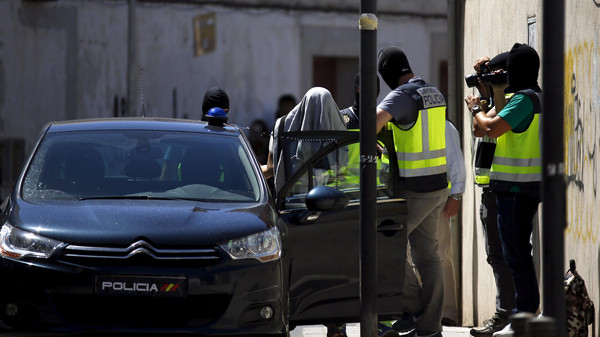 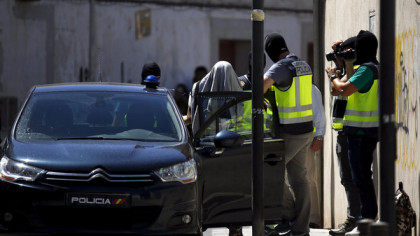 The operations led to the arrest of 14 suspects, 13 in Morocco and one in Spain.

“The Central Bureau of Judicial Investigations (BCIJ) dismantled Tuesday, in coordination with the Spanish security services, a terrorist network consisting of 14 members,” said the Moroccan Ministry of the Interior in a statement. “These arrests are part of preventive operations in the fight against terrorism and the threat of the Islamic state,” the statement said.

The 13 people arrested in Morocco have been tracked down in several cities across the country, including Nador, Driouech, Al Hoceima, Fez, Casablanca and Melilla, the ministry said, indicating that one of these individuals had served a prison sentence in the past under the anti-terror law.

The suspects are accused of recruiting fighters to join ISIS in Syria and Iraq as well as of planning terrorist attacks in Spain and Morocco.

Spanish authorities announced on their part that the main partner of this terrorist network has been arrested in the central town of San Martin de la Vega, just southeast of Madrid. The Spanish Ministry of the Interior said the suspects were closely in touch.

“The suspects were part of a group whose main activity consisted in recruiting and sending fighters to the Daech-controlled regions in Syria and Iraq,” said the Spanish Interior Ministry. Their activities were also designed to “reproduce in Morocco and Spain the massacres perpetrated by Daech.”

The joint operation reflects the importance of the security partnership existing between Moroccan security services and their Spanish counterparts in the fight against terrorist threats.

Some 50 suspected jihadists have been arrested in Spain since the beginning of the year, the ministry said. Spain’s Interior Minister Jorge Fernandez Diaz said last month that 126 people had left Spain to join ISIS in recent years.

Morocco has dismantled 12 terrorist cells this year and 30 in total over the past two years.