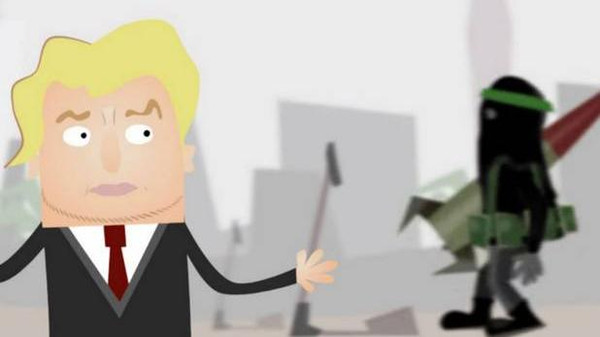 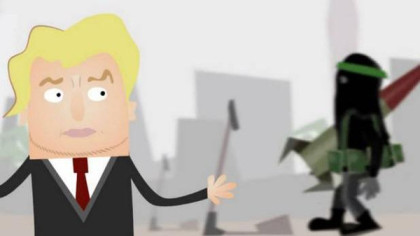 Israeli authorities have pulled on Monday the cartoon mocking foreign reporters who have covered the war in Gaza last year. The cartoon deliberately criticized foreign reporters for taking Palestinian side and was launched ahead of the UN report on war crimes committed by Hamas and Israel.

The cartoon showed a foreign journalist reporting form Gaza with a militant firing a rocket in the background with the reporter saying: “There are no terrorists here, just ordinary people”.

In another scene of the cartoon, the same reporter is shown in a tunnel that is described as a “fascinating attempt by Hamas to build a subway system.” Israel accuses Hamas of using the tunnel to smuggle weapons.

Towards the end of the cartoon, the reporter was handed a pair of glasses by the narrator who said: “Maybe now you’ll see the reality of life under Hamas rule.”

Israel authorities regretted the implications of the cartoon.

“The goal was to show Hamas’ crimes and the way it operates, but it took on a spin of being an attack on foreign journalists and that was not the intention,” said Emmanuel Nahshon, Israeli Foreign Ministry Spokesman.

Israel’s Foreign Press Association criticized the cartoon, saying in a statement issued last week that it was “surprised and alarmed” by the “misleading and poorly conceived” video.

The UN report released on Monday accused Palestinian groups and Israel of war crimes and breach of international law during last year Gaza war during which 2,100 Palestinians, mostly civilians and 72 Israeli, most of whom soldiers lost their lives.

Investigators urged Israel to explain its “targeting decisions” to allow independent assessment of its attacks on Gaza Strip which they said had killed 1,462 civilians.