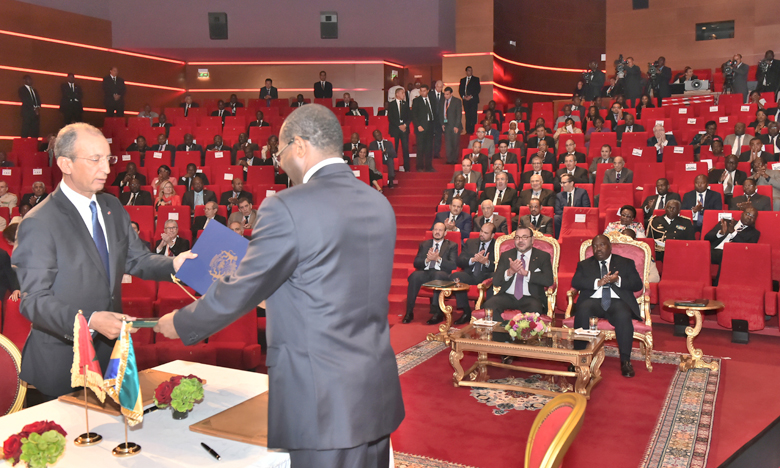 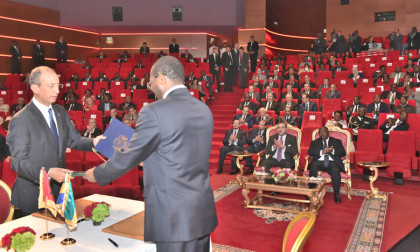 The visit of King Mohammed VI to Gabon, last leg of a tour that took the Moroccan sovereign to Senegal, Guinea Bissau and Côte d’Ivoire was marked by the signing of four cooperation agreements in the sectors of health, vocational training, handicrafts and social and solidarity economy.

The signing ceremony of the agreements, which have all a social cachet and which are designed to help ensure the transfer of Moroccan expertise and know-how, was chaired by King Mohammed VI and President Ali Bongo Ondimba of Gabon.

Under one of the agreements, Morocco undertakes to build in Gabon five support centers for children suffering from autism and Down’s syndrome.

Under a second health cooperation agreement, Morocco will help Gabon set up hemodialysis medical units, through the supply of medical and biomedical equipment and the training of Gabonese medical and paramedical staff in the Kingdom.

The Moroccan Office of Vocational Training and Labor Promotion (OFPPT) will on its part welcome, as of the next school year, 60 Gabonese trainees under an accord it signed with the Gabonese Ministry of Labor and Employment.

The two countries also signed a memorandum of understanding in the field of handicrafts and social economy meant to foster exchanges between the two sectors in both countries through the marketing of their respective products and the participation of handicrafts worker and traditional tradesmen in commercial and promotional events organized in either country.

In this vein, a Moroccan-Gabonese Joint Team will supervise the implementation of an action program targeting human development and investment. The two countries had already concluded a framework agreement providing for cooperation in vocational training, exchange of experience in governance, monitoring and evaluation of projects, in addition to encouraging the community work that has developed significantly in recent years in Morocco.

Moroccan-Gabonese relations and partnership are deeply rooted in history and the multiple visits King Mohammed VI paid to Gabon since 2002 have given a new momentum to these longstanding ties.

Moreover, several Moroccan companies are involved in the implementation of the Strategic Plan of emerging Gabon, initiated by President Ali Bongo Ondimba.

According to available figures, Moroccan investments in Gabon have so far amounted to around $400 million and helped generated nearly 2,500 jobs.

The King’s current visit to Gabon will undoubtedly bring further excellence to the exceptional Moroccan-Gabonese relationships.