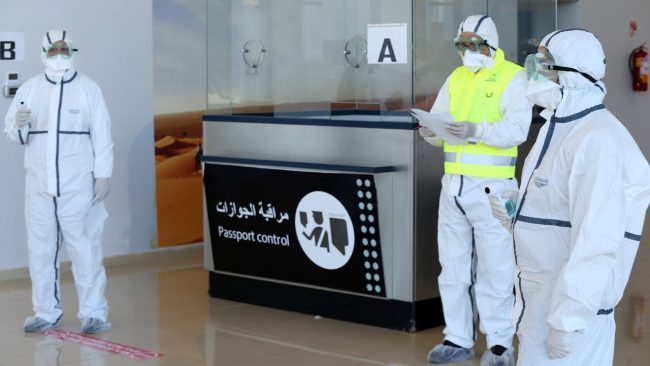 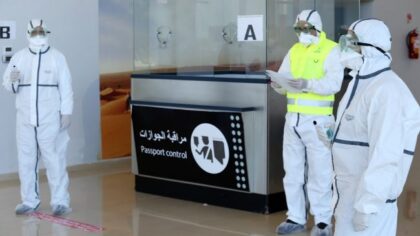 Morocco has reported its first coronavirus case in a young Moroccan man coming from northern Italy as the North African country reinforces its precautions to prevent the spread of the virus, the health ministry said.

The man entered Morocco on February 29 without symptoms but fell sick later and tests turned out to be coronavirus positive but his health condition is stable, health minister Khalid Ait Taleb told reporters Tuesday.

Moroccan hospitals are ready to deal with coronavirus cases, he said, adding that the health ministry contacted people who boarded the same airplane with the infected man and asked those in close proximity to avoid mass gatherings and monitor their temperature.

“So far none of the people he has been in touch with showed symptoms,” he said.

A steering committee in charge of responding to the virus said on Sunday that additional measures such as delaying sports and cultural events and canceling public gatherings can be implemented.

On Monday, the agricultural ministry canceled an international agricultural fair due in April in Meknes over coronavirus fears.

Head of the government, Saad Eddine El Othmani, said the virus could have an impact on the Moroccan economy but no assessment has been made yet.

So far, the tourism sector is suffering from cancellation due to international disruptions caused by the virus. 10,000 cancellations were registered in Marrakech, l’economiste daily said.

North Africa Post's news desk is composed of journalists and editors, who are constantly working to provide new and accurate stories to NAP readers.
NEWER POSTMorocco’s agricultural exports to EU up 4% in 2019
OLDER POSTFootball/Africa: CAF Secretary General Mouad Hajji throws in the towel