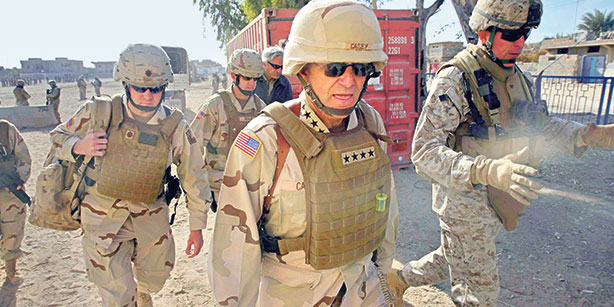 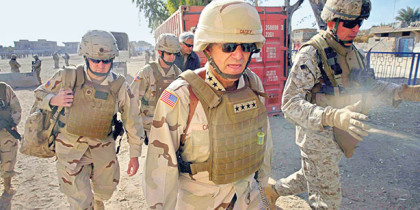 The White House announced on Wednesday it will send more troops in Iraq to train Iraqi soldiers and fighters to sharpen their efficiency and make them better equipped to win back territories lost to ISIS.

The White House says the decision aims at increasing the number of training camps to five to enable a larger number of Iraqis to join the fight against the Islamist militant group.

The decision is part of the US pledge to Iraq to help it increase its defense capability in the fight against ISIS insurgents who have taken swaths of Iraq territory.

The US is already training Iraqi troops at four sites — two in the vicinity of Baghdad, one at al-Asad air base in Anbar province and one near Irbil in northern Iraq.

The U.S. is expecting more Sunnite tribe fighters to join the Iraq forces, an important element that western coalition powers have requested the Shi’ite dominated government to do during the Paris talks last week in France. The US has pledged also to equip Iraqi forces with more efficient weapons.

Over the past year, the US has trained approximately 9,000 Iraqi troops.

US House of Representatives Speaker John Boehner said on Wednesday a new U.S. plan to send additional personnel to train Iraqi forces was a “step in the right direction” but not a sufficient strategy to defeat ISIS.

“It’s clear that our training mission alone has not been enough,” Boehner said.

Washington took the decision upon the advice of US top military commanders who have been training Iraqi troops for eight years now.

On Tuesday, Gen. Martin Dempsey, chairman of the Joint Chiefs of Staff said President Obama asked him to make an assessment of the past training programs in Iraq and provide him with needs on the ground that will help the US shore up the Iraqi army. The US recently criticized Iraqi forces for pulling out from Ramadi intentionally, leaving the city in the hands of the violent group.