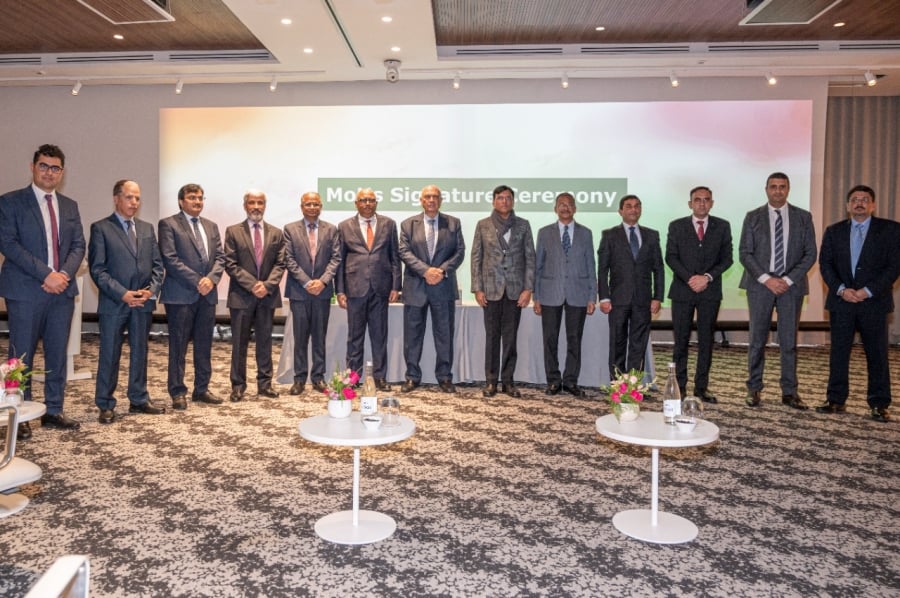 OCP, India seal deal for supply of 1.7 million tons of fertilizer over 12 months

Morocco’s OCP Group and the Indian government have sealed an agreement on the supply of fertilizers to the Asian country.

In a statement released over the weekend, OCP said it will supply more than 1.7 million metric tons (MT) of phosphate fertilizers to Indian companies during the agricultural season over the next twelve months.

“The objective of this partnership is to carry out joint Research & Development initiatives and to jointly promote innovative fertilization solutions. The purpose is also to offer tailor-made fertilizers that meet the specific needs of Indian farmers, in close collaboration with the stake players of the agricultural ecosystem (public sector, agronomic institutes, agricultural federations, farmers),” the statement said.

The memoranda were signed between executives of the OCP Group and the Indian fertilizer manufacturers concerned, in the presence of the Indian Minister of Health, Chemicals and Fertilizers, Manuskh Mandaviya, OCP CEO Mostafa Terrab, and the Indian Ambassador to Morocco, Shri Rajesh Vaishnaw.

“These agreements provide for up to 700,000 MT of Triple Super Phosphate (TSP), a phosphate-based fertilizer that has the highest phosphate content found in granular nitrogen-free fertilizers and can be scaled as needed by specific plants and soils in India,” the statement said. “Tailor-made fertilizers are known to be better for soil health, reducing waste. The memorandums of understanding also provide for the delivery of 1,000,000 tons of di-ammonium phosphate (DAP) to Indian farmers,” OCP statement said.

Indian Minister of Health, Chemicals and Fertilizers, Manuskh Mandaviya, had said at the end of December, in a statement announcing his trip to Morocco that the visit would also be an opportunity to discuss possibility for Indian companies to set up factories in Morocco for the production of diammonium phosphate and nitrogen-phosphote-potassium, intended for import.

“Under a joint venture, private and public actors will handle the extraction, production and transportation of fertilizers in India,” the Indian official had said.

India imports up to 40 percent of the 50 million tons of fertilizer it needs each year. It has been hit by a sharp rise in prices since the start of the Russia-Ukraine war last February, which led to the disruption of supplies from Russia. Trade restrictions in China have also had an impact.