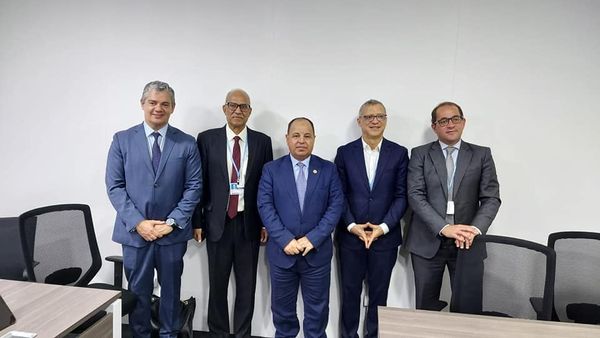 Egypt has reached a deal with Shanghai-headquartered New Development Bank (NDB) to join the financial institution whose strategy the Arab country says is in line with its vision.
Minister of Finance Mohamed Maait according to the statement from his department held talks with NDB’s Chairman Marcos Troyjo on the sidelines of COP27.
Both parties, the ministry said, signed the instrument to allow Egypt to the bank. The instrument will be submitted to the parliament in the coming weeks.
Egypt, in joining the bank, looks forward to building a strong partnership and tap into the institution’s enormous financial capabilities and advanced international expertise.
“It is clear that the new development bank NDB serves as a new platform for Egypt to enhance cooperation with the BRICS [Brazil, Russia, China and South Africa] countries and other emerging economies and developing countries in the field of infrastructure and sustainable development,” Maait said.
NDB was launched in 2014 by BRICs countries to replenish resources for infrastructure and sustainable development projects in emerging markets and developing countries’ economies, to complement ongoing efforts by multilateral and regional finance.
The bank boasts a capital of $22 billion.