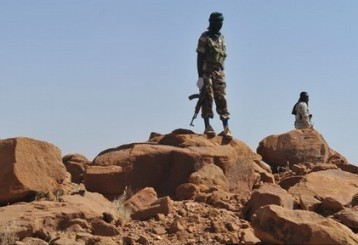 At least 11 soldiers have been killed and 50 civilians were missing in Burkina Faso after armed fighters attacked a 150-vehicle military-escorted convoy taking supplies to a northern town, the country’s government has said, condemning the “barbaric, cowardly” attack.
The government said the assault took place on Monday (26 September) in Soum province, where armed groups linked to al-Qaeda and the ISIL (ISIS) group have been escalating attacks and seizing territory since 2015. The ambush of the army-escorted resupply convoy in the Sahel region has also left some 28 people, including 20 soldiers, wounded and dozens of trucks destroyed.
Violence has raged in the West African country since Lieutenant-Colonel Paul-Henri Sandaogo Damiba seized power in a coup in January, toppling democratically elected leaders and promising to rein in the armed groups. As in neighboring countries, fighters affiliated with al-Qaeda and ISIL have stoked the unrest, even after Damiba earlier this month sacked his defense minister and assumed the role himself. Monday’s attack was the latest targeting army-escorted resupply convoys that have sought to deliver essential goods to trapped civilians in the northern Soum province after armed groups have blockaded several areas.
Insecurity has risen across West Africa’s Sahel region over the past decade as an armed struggle that took root in Mali has spread. Thousands have been killed and more than two million displaced despite the presence of foreign troops and United Nations peacekeepers. Fighters have mined roads, besieged towns, destroyed water facilities and undermined efforts to resupply Burkina Faso’s increasingly isolated north and east. More than 40% of Burkina Faso, a former French colony, is now outside government control. In recent years, the violence has begun to spill over into the littoral states of Ivory Coast and Togo.