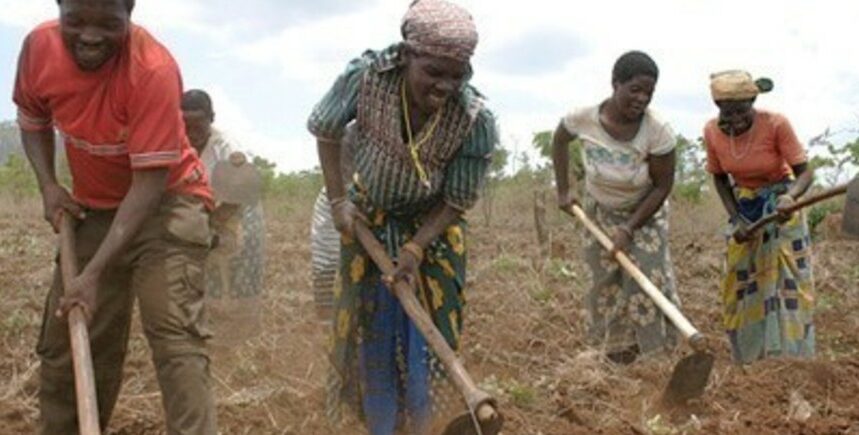 Disruptions in food supplies caused by Russia’s war in Ukraine have deepened the struggles of millions of Africans to survive, more than 60 farmers’ associations from 11 Central African countries have warned.
Calling on the region’s governments to help people cope with food shortages, the farmers say scarcity, high prices and a worsening economic situation are reducing access to food for most households across central Africa. During a meeting on Tuesday (13 September) in Cameroon’s capital Yaounde, the farmers’ representatives asked the governments of 11 central African countries to invest in agriculture and ease dependency on food imports. “We need governments in central Africa to give means, resources so that we can produce a good amount of seeds because we don’t have sufficient seeds to have food sovereignty,” Nadine Mballa, coordinator of Gabon’s Farmers Union, said and added that hunger will decrease if the right steps are taken.
In April, economic ministers meeting via video conferencing said Russia’s invasion of Ukraine disrupted food exports from both these countries and deprived central African states of more than 55% of wheat normally imported from both Ukraine and Russia. Central African states also claim Western sanctions on Russia imposed in response to the invasion have further hurt Africa’s economy. Cameroon, the Central African Republic, Congo, Gabon, Equatorial Guinea, Chad, Angola, Burundi, the Democratic Republic of Congo, Rwanda and Sao Tome and Principe took part in the conference. The United Nations has noted that, besides the war in Ukraine, conflict, climate shocks, floods and droughts are also contributing to central Africa’s dramatic food crisis.