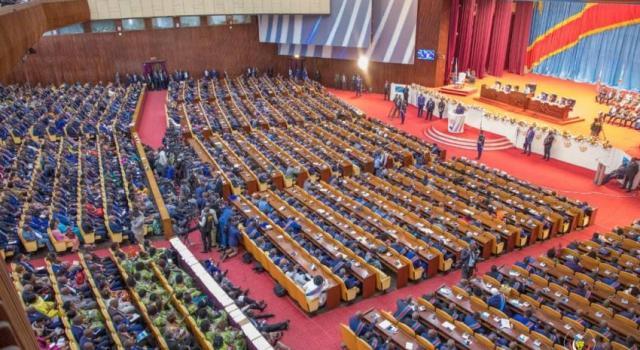 Provincial lawmakers in the Democratic Republic of Congo have called on country leader Félix Tshisekedi to raise their salaries to the same level as those of the members of the National assembly after it emerged that the latter are paid at least $21,000 per month.
A national conference of provincial lawmakers of the central African country held last week denounced the inequality the way authorities treat provincial lawmakers in comparison to their national counterparts.
The move came after Martin Fayulu, a presidential candidate and lawmakers in the opposition at the national assembly revealed in August that ordinary members of the assembly are paid $21,000 as salaries. Blanchard Takatele, a provincial lawmaker from Kivu province and President of the conference, called President Tshisekedi to readjust salaries and the privileges accorded to provincial lawmakers, as per the constitution, Media Congo reports.
“Read the constitution. You will realize that when we talk about the rights of national deputies, these rights are mutatis mutandis for provincial deputies. Why should we suffer? We ask the Head of State, who is the guarantor of the functioning of the institutions, not only to see the nationals, but also to see the provincials,” said at the conference.
“Soon, the national members of the parliament will receive vehicles, but we to whom the Head (of State) had asked to appropriate the projects of 145 territories, we have appropriated them and ask that we can also have vehicles to go and supervise these projects,” he added.
The salaries of the national members of the parliament became the talk of town after Fayulu revelation. A group of experts sponsored by the United Nations after Fayulu brought the figures up arguing that the national lawmakers are paid $25,000 as monthly salaries whereas members of commissions are paid $200,000.