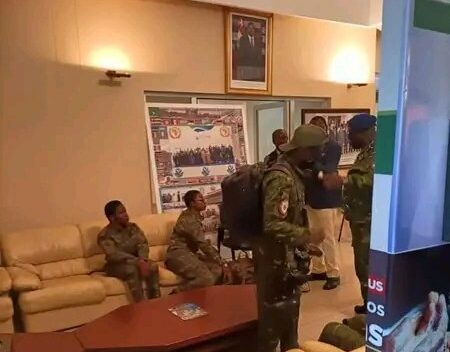 Malian authorities have freed 3 Ivory soldiers in the form of a humanitarian gesture. 49 Ivorian soldiers were arrested in Mali on the 10th July over a plot to destabilize the country.
Togo made the announcement last Saturday as Robert Dussey, Togo’s top diplomat held a joint press conference with Abdoulaye Diop, Mali’s top diplomat and Fidèle Sarassoro, the Chief of staff of the Ivorian President Alassane Ouattara.
The freed soldiers identified, all women, are Awa Bagayoko, Blédou Kagna Adèle and Bamba Sita arrived in Abidjan.
Relations between Mali and Côte d’Ivoire further went sour in July after Bamako detained the soldiers that Abidjan claimed were a UN mission.
Togo agreed to mediate the crisis. Dussey during the press conference added that talks are ongoing to secure the release of the remaining soldiers.