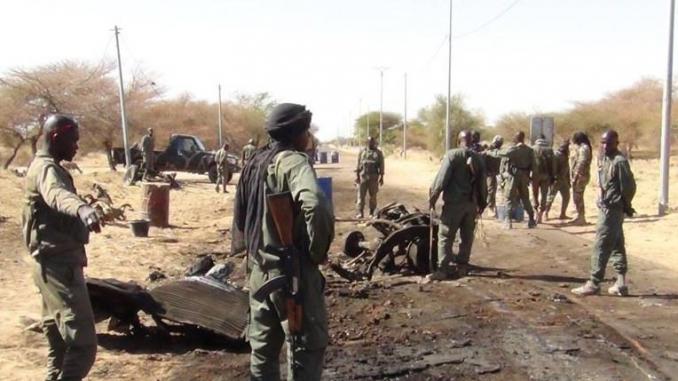 An attack on a convoy belonging to a mining company in Burkina Faso, Boungou mining field, in the East of the West African country, has left six people dead, the army has reported.
The army, in a statement said, unidentified armed men attacked a convoy of five cars of the mining company, in early hours of Thursday August 26, at the level of Nadiabonli, in the region or from the site.
“These vehicles, five in number, had left the mine site with other recovery vehicles to assist a supply convoy, several of whose vehicles had been stuck in the mud for several days. At the end of the recovery and in the reorganization of the convoy for the continuation of the mission, the five vehicles, for reasons that remain to be determined, remained behind the convoy, outside of the security set up by the military unit that was providing the escort. These circumstances unfortunately favored the attack against this isolated element of the convoy,” the statement said.
The attack is the second that the company, which has not been identified, is suffering. A similar attack in November 2019 left at least 30 people mowed down, Lefaso.net reports.
Burkina Faso have been reeling for terrorism for years. Repeated attacks have left hundreds of people killed and thousands internally and externally displaced.