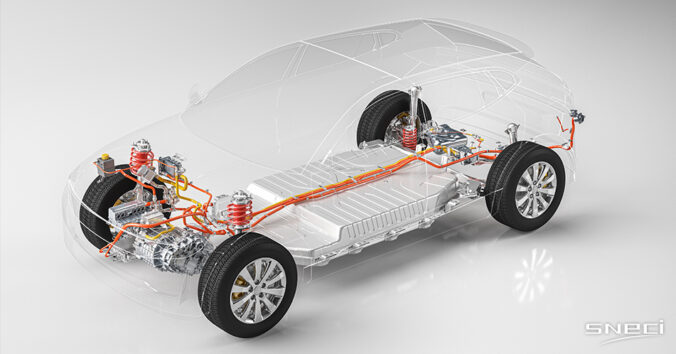 Canadian mining company “Gold Lion” announced on Thursday the development and exploration of a manganese mine in Morocco by signing a letter of intent to acquire a 50% interest in a mining license from Ermazon SARL, a wholly owned subsidiary of Elcora Advanced Materials Corp.
Manganese is an electric vehicle or “EV” metal used to produce batteries for electric vehicles and other renewable energy applications such as electricity grid storage for Tesla’s Powerwall batteries. Battery metal is expected to propel its demand as experts forecast a widespread transition to electric vehicle’s driven by global climate change policy goals and zero-emission targets.
Manganese represents a critical link in the lithium-ion battery supply chain. Electrolytic manganese dioxide (EMD) is an upgraded form of manganese that serves as a key ingredient of lithium-ion, alkaline and zinc-manganese batteries.
The Moroccan manganese site was in operation for decades. Ermazon and Elcora intend to leverage on-site infrastructure and facilities. Manganese sulfate prices have risen by 30% from $867 per tonne in January 2021 to $1,128 in June 2021 and are expected to continue to strengthen over the next decade.
According to experts, prices are likely to keep rising as demand for EV batteries is projected to grow.
Guy Bourgeois, CEO of Gold Lion, said his company has emerged from a junior exploration corporation to a battery materials supplier servicing the existing and new giga factories around the globe.
“The global manganese market is expected to grow at a considerable rate and projected prices will reinforce Gold Lions’ mining and development strategy to supply battery metals to meet current demands”, he said.