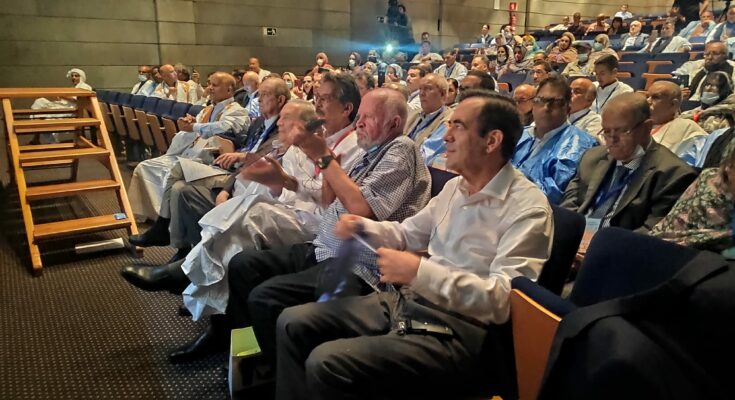 The Sahrawi Movement for Peace, created in April 2020, as a political movement and as an alternative to the polisario front, is advocating the reunification of the Sahrawis and the quest for a peaceful solution to the Sahara conflict through a Sahrawi-Sahrawi dialogue.

This is the purpose of the first international conference for Peace and Security organized by the Movement in Las Palmas this September 22 – 23.

The International Conference is attended by several Spanish politicians, sheikhs and notables from the Southern Provinces, a number of Mauritanian figures and other guests.

The Mayor of Las Palmas Augusto Hidalgo inaugurated the opening ceremony, followed by a speech by the former speaker of parliament and former Minister of Defense of Spain, José Bono, who highlighted the courage of the first Secretary of the SMP and his determination to organize a meeting for the Sahrawi-Saharawi dialogue.

José Bono expressed his admiration for Morocco, stating that it is the one and only country in the Arab world to establish an open model on the promotion of human rights, under the leadership of a King who was able to put an end to the years of lead (when human rights abuses were common in the country). On the other hand, he highlighted the historical relations between Morocco and Spain, citing quotations by the late King Hassan II on dialogue and neighborliness.
Dealing with the intransigence of the Polisario, José Bono hinted that in Politics, the winner is always the one who agrees to negotiate. He also denounced the appalling living conditions of the population living in the Tindouf camps, insisting that the only victim of this conflict are the populations living in these camps.

Mauritanian Mohamed Ahmed Val, representative of the “Unity and Developments Network” in Mauritania, took the floor to make a presentation on the historical relations between the Mauritanian tribes and those present in the Moroccan Sahara indicating that they form an unbreakable unit. The Mauritanian human rights expert promised to set himself up as a spokesperson for all Sahrawis who have suffered violations of their rights and were abused by the Polisario.

The sheikhs and notables of the Southern Provinces affirmed in their addresses that the Polisario, despite its pretensions, is not the legitimate representative of the Sahrawi population, while the traditional elected representatives of the tribes and the sheikhs have demonstrated their ability to unite the Sahrawi families on both sides of the border. The sheikhs also underlined that this conference is an appeal to the Sahrawi population to contribute to a peaceful solution to the conflict and recalled that the Sahrawi Movement for Peace is betting on peaceful means and dialogue to settle the conflict.

To this end, they called on the international community to encourage the movement and to consider its effective contribution to the resolution of the conflict.