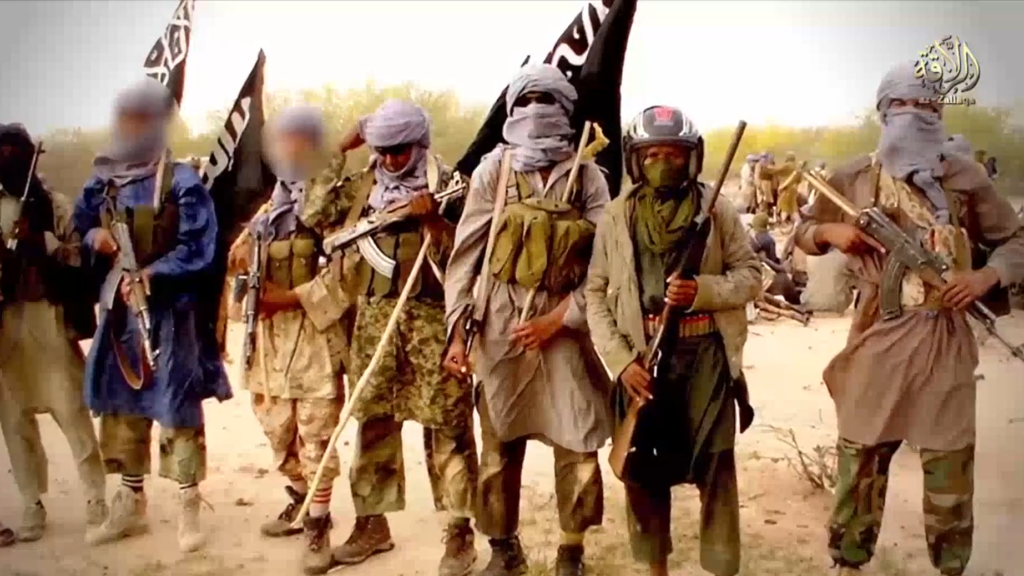 Al-Qaida’s affiliate in Mali claimed Monday (15 August) it had killed four mercenaries from Russia’s private military firm, Wagner Group, as France announced its forces have completed their withdrawal from the conflict-torn country.
The media unit for Jama’at Nusrat al-Islam wal Muslimeen (JNIM), said in a statement its fighters clashed with the Russian mercenaries Saturday (13 August) and killed four of them in an ambush around Bandiagara in central Mali. Wagner has no public representation and could not be reached for comment. Mali is struggling to stem an Islamist insurgency that took root after a 2012 uprising and has since spread to neighboring countries, killing thousands and displacing millions across West Africa’s Sahel region. Wagner Group began supplying hundreds of fighters in late 2021 to support the Malian military and has since been accused by human rights groups and local residents of participating in massacres of civilians — accusations it has not responded to. The Russian government has acknowledged Wagner personnel are in Mali, but the Malian government has described them as instructors from the Russian military rather than private security contractors.
Meanwhile, France said on Monday that all of its troops battling Islamist militants in Mali since 2013 have now left the country after a decision in February to withdraw over the deterioration of relations between Paris and Bamako. The last French armed forces in the country have relocated to Niger, after a falling out with Mali’s military government and its alleged use of Russian mercenaries. The French army initially intervened in Mali in 2013, in Operation Serval, after northern Mali was taken over by Islamist militant groups in 2012. Operation Serval was replaced by the anti-insurgent Operation Barkhane in 2014. Operation Barkhane will now be based in Niger.