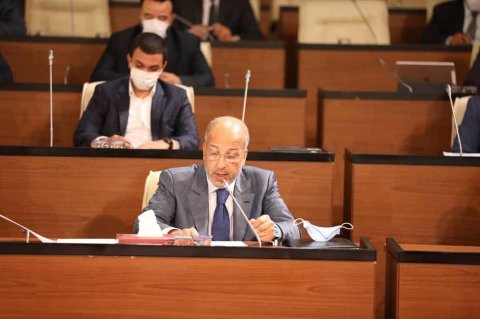 The UK Foreign Affairs Committee has labelled Saddek Elkaber, the Governor of the Central Bank of Libya (CBL) “well-known financier of militias and gangsters” who runs a “troubled organization.”

The committee’s bashing of the Libyan official comes after a meeting between Elkaber and Governor of Bank of England Andrew Bailey in July, Libya Update reports.

Tom Tugendhat, the committee’s chairman, criticized Bailey for meeting with Elkaber and accused him of “lending legitimacy” to “a well-known financier of militias and gangsters”.

“Bailey has met with a man who has overseen an institution beset by fraud. London has been the center for this enterprise for years,” said the British MP.

“It is clear public money flows out of Libya, into London banks, and into the hands of gangsters and militias.

“To meet with a man like this is deeply unwise, it raises questions over the judgement of the Bank of England,” he said.

London and the CBL have been under scrutiny after a report by Global Witness highlighted the widespread use of LCs (letters of credit), which “distributes around $9 billion worth of foreign currency to businesses and public authorities every year.”

The report, the Libyan media notes, found home to dozens of Libyan banks, played a key role in the operation: “Global Witness set out to examine the LC money trail, which stretches from the Central Bank of Libya (CBL) to Libyan-owned banks in the heart of London.”

LCs are essentially a means of exporting cash, turning Libyan dinars into dollars, euros, pounds and other currencies which can be spent overseas but the LC system has long been plagued by fraud and predation by armed groups.