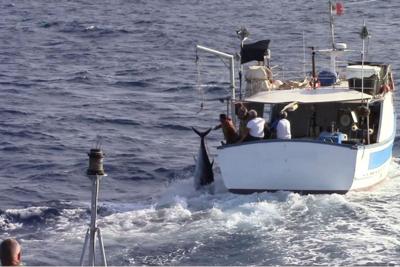 Italy Wednesday said it will not accept blackmail for the release of several Italian fishermen arrested early this month by Libyan eastern forces aligned with rebel Gen. Khalifa Haftar.

Foreign minister of the European country Luigi di Maio told local media that the cabinet will hold a meeting to discuss the issue of the 18 detained Italian fishermen in Benghazi, which Rome wouldn’t accept.

Italy has found itself in a quagmire after Haftar forces who seized the fishermen demanded the release of the four Libyan footballers condemned in Italy to 30 years in prison in connection with illegal migration network.

“I have talked to the UAE and Russian Foreign Ministers Abdullah bin Zayed and Sergey Lavrov. They both have influence on Haftar and we will see if we reach any results,” Di Maio said.

The fishermen aboard two Italian fishing boats from Sicily were arrested September 1 for fishing illegally in Libyan territorial waters.

Toni Scilla, the president of the association of Sicilian ship-owners and fishermen, Agripesca, has put pressure on the Italian government for the release of their colleagues and threatened to go on strike.

“If we don’t have answers shortly, we are ready to block our fishing vessels and go on strike,’’ Scilla said.

The Italian justice in 2015 ordered the arrest of the four Libyans for organizing a crossing from Libya in which 49 migrants died.