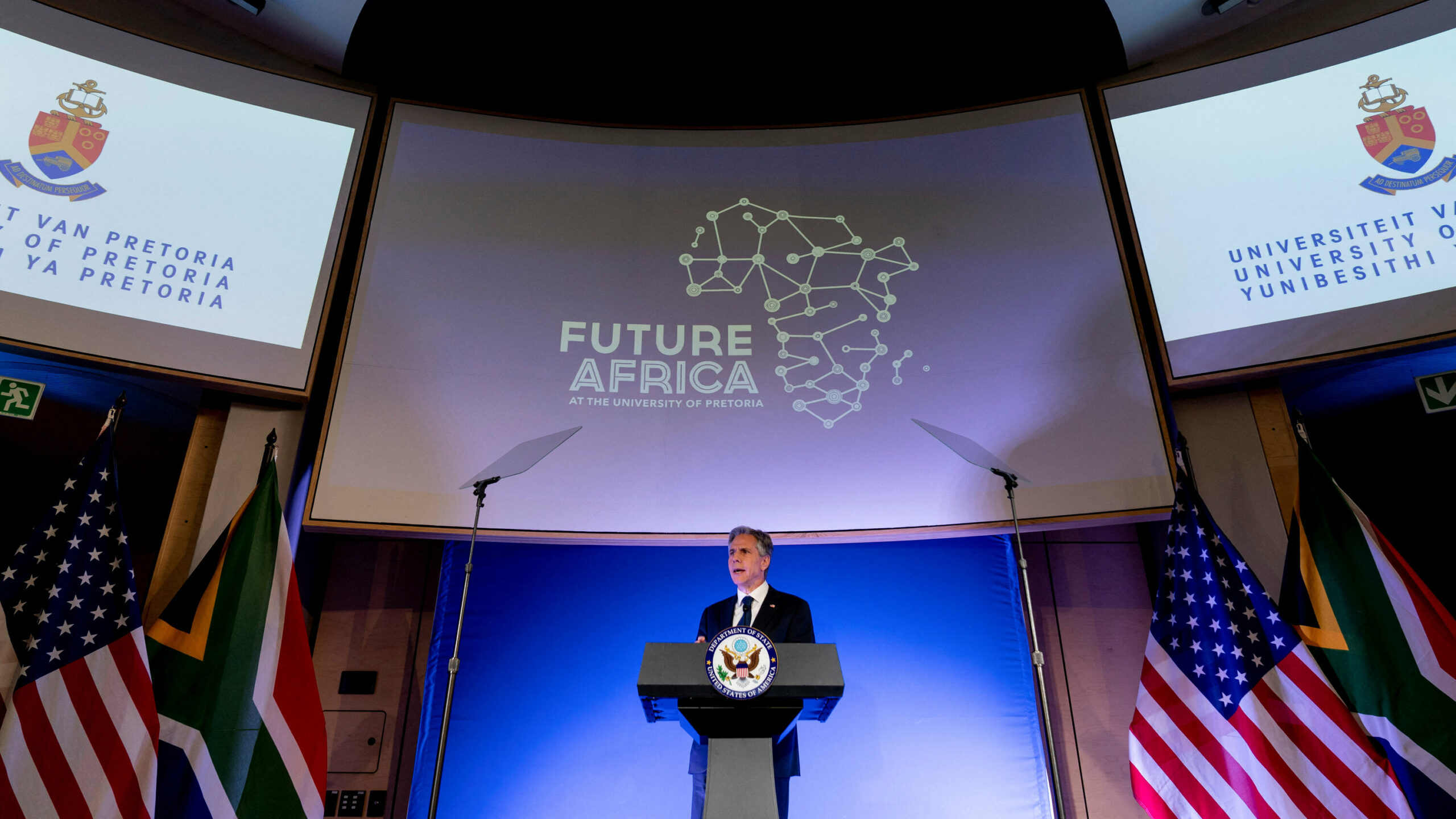 The United States will not dictate Africa’s choices, US Secretary of State Antony Blinken said during his visit to South Africa on Monday, August 8, despite having sought support from the continent’s 54 countries in efforts to isolate Russia over its Ukraine invasion.

Blinken is in South Africa as part of his African tour that follows similar trips to countries on the continent by Russian Foreign Minister Sergey Lavrov and French President Emmanuel Macron.

In Pretoria, the US top diplomat launched the new US Strategy for Sub-Saharan Africa, which focuses on areas such as climate change, trade, health and food insecurity. He and his South African counterpart Naledi Pandor held talks, discussing the threats of climate change, food insecurity, and the war in Ukraine.

Pandor accused the West of sometimes taking a patronizing and bullying attitude toward Africa, making it clear that South Africa has different views from the US on Ukraine, China, and Israel and the Palestinians. Blinken responded by saying that existing relations between the two countries, which range from cooperation in health and other sectors, would allow for them to engage frankly on issues where their views are different. “Our commitment to a stronger partnership with Africa is not about trying to outdo anyone else,” Blinken said.

Responding to Blinken’s comments that Russia’s invasion was an aggression against the entire international order, Pandor noted that while South Africa has remained neutral on the conflict with Russia, her country “abhorred” war and would like to see an end to the conflict. However, she said the different approaches by the international community to different conflicts sometimes “lead to cynicism about international bodies,” making a reference to the plight of the Palestinians. “Just as much as the people of Ukraine deserve their territory and freedom, the people of Palestine deserve their territory and freedom,” she said, adding that “we’ve not seen an even-handed approach.”

In a speech at the University of Pretoria, Monday, Blinken addressed another Biden administration’s strategic goal in Africa: promoting democratic governance across the continent.

“History shows that strong democracies tend to be more stable and less prone to conflict — and that the poor governance, exclusion and corruption inherent in weak democracies makes them more vulnerable to extremist movements and foreign interference,” Blinken said

After South Africa, Blinken will also visit Congo and Rwanda in the coming days in what is seen as a contest between Western nations and Russia to win support from African countries over the war in Ukraine. South Africa is among many African countries that have taken a neutral stance on the Ukraine war and avoided public criticism of Russia.