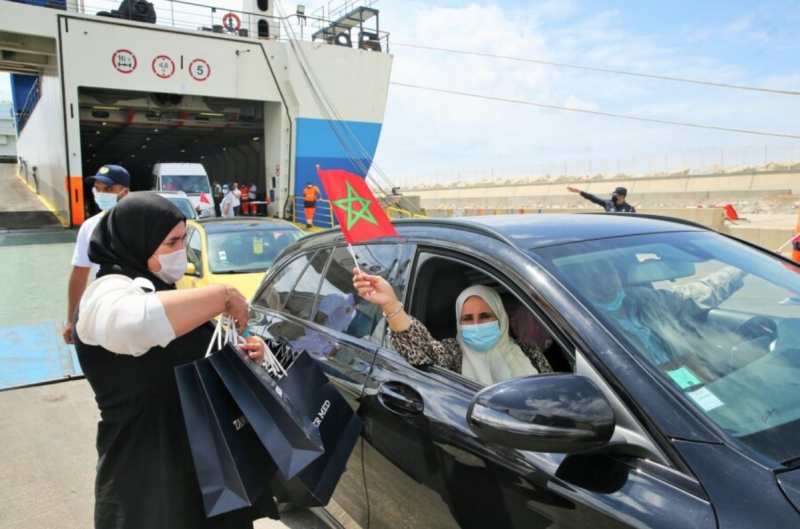 Marhaba 2022: Over half million travelers entered Morocco through Tanger-Med Port

Over 530,430 travelers entered Morocco through Tanger-Med port since the start of Marhaba operation 2022, the annual summer crossings of Moroccan expatriates to spend holidays in their homeland through the strait of Gibraltar and Mediterranean ports.

The number of inbound passengers increased this year by 10 pc compared to 2019, says Tanger-Med port authority. The Marhaba operation, which was launched on June 5, is taking place smoothly thanks to the coordination and mobilization of all security and health authorities in coordination with the Mohammed V Foundation for Solidarity.

The Marhaba operation was halted for two years due to the Covid-19 pandemic and diplomatic row between Morocco and Spain over the Sahara. The two neighboring countries have resumed this year their cooperation for the safe crossing of Moroccan Diaspora after having resolved their differences.

There are about 6 million Moroccans living in Europe, mainly in France, Spain, Italy, Belgium, the Netherlands and Germany. Most of them prefer to travel by car due to the relatively short distance separating Morocco from Europe, but nearly 1 million prefer the faster air travel.