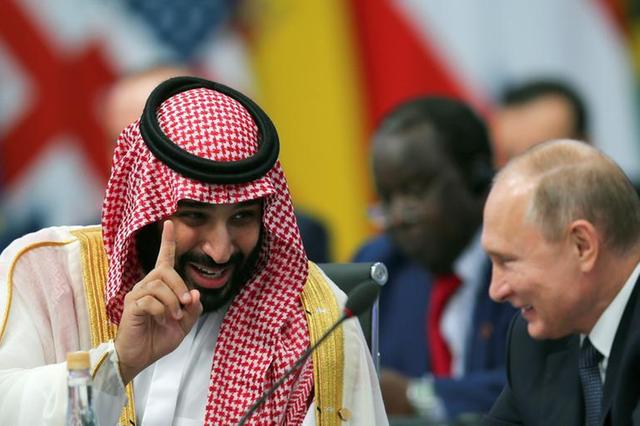 Saudi Arabia’s crown prince Mohammed Bin Salman, received a phone call from the president of Russia, Vladimir Putin, on Thursday to discuss a host of issues including bilateral relations between their countries and ways to develop them in various fields, the kingdom’s news agency SPA has reported.
The two leaders also touched on the most prominent regional and international developments and efforts exerted in their regard to achieve security and stability, the agency added.
Russian sources however also revealed that the conversation also addressed the global oil market. “The current situation on the world oil market was considered in detail. The importance of further coordination within the framework of OPEC+ was emphasized,” the Kremlin said in a readout of the call.
“It was noted with satisfaction that the countries participating in this format are consistently fulfilling their obligations in order to maintain the necessary balance and stability in the global energy market.”
OPEC+ brings together the Organization of the Petroleum Exporting Countries with other producers led by Russia.
The telephone call came six days after U.S. President Joe Biden visited the prince in Saudi Arabia and underlined the importance of the kingdom for both the White House and Kremlin.
Saudi Foreign Minister Prince Faisal bin Farhan Al Saud, Zawya reports, said oil was not discussed at a U.S.-Arab summit on Saturday, and OPEC+ would continue to assess market conditions and do what is necessary.
Biden wants the Saudis to increase production in a bid to bring down the fuel prices which have caused unprecedented inflation in the US and Europe.