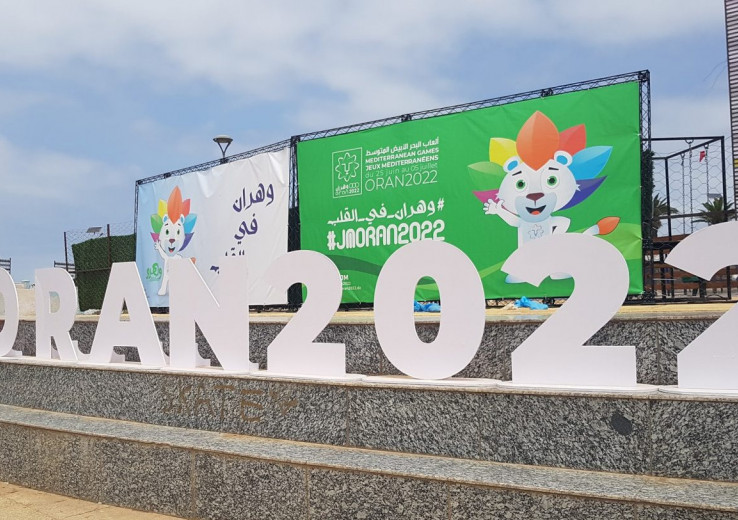 While the Algerian regime hoped to use Mediterranean Games as an opportunity to hide its politico-economic setbacks and burnish its image, the event turned out to be an organizational fiasco. The Secretary General of the International Committee of Mediterranean Games (ICMG) used harsh words to denounce a botched organization of the games, the first to be held in Algeria in decades.

The Games, from the opening ceremony, turned into a fiasco, as the Secretary General of ICMG, Mr. Lakovos Filippousis, deplored in a letter addressed to the President of the Organizing Committee for the Mediterranean Games of Oran 2022 (COJMO), Aziz Derouaz.

“To our great regret, we must highlight the significant and fundamental organizational shortcomings, which have created extremely negative impressions on the members of the Mediterranean Family and have provoked strong reactions,” said the ICMG Secretary General, Iakovos Filippousis, who denounced a chaotic organization.

According to Lakovos Filippousis, transportation services in Oran were a total failure. About sixty members of the ICMG executive committee, including presidents and secretaries general of the Olympic committees & International Federations, as well as other distinguished guests of the Mediterranean Games were unable to arrive at the stadium on time for the opening ceremony.

They reached the stadium after many hours delay, missing the Games opening ceremony. Their security and safety have been seriously compromised at the entrance gates as they had to force their way through the crowd into the stadium. There were no entry gates for the Mediterranean family nor priority pathways for women, children, the elderly and vulnerable people.

This is not acceptable. The ICMG and the whole Mediterranean sports family feel offended by these outrageous unprecedented organizational failures, the letter pointed out.

They were also greatly disappointed by the total, unprecedented absence of volunteers, as well as by the inability of the organizers to provide medical assistance, drinking water, quality food and good tap water flow.

Furthermore, the Mediterranean sports family was upset by unacceptable decision of Algerian authorities to deny entry to several members of the international press accredited by the OCMG, as well as by the absence of sports facilities in the Olympic village, which are essential for athletes’ training to avoid spending long hours in uncomfortable transportation vehicles and traffic jams before reaching the stadiums.