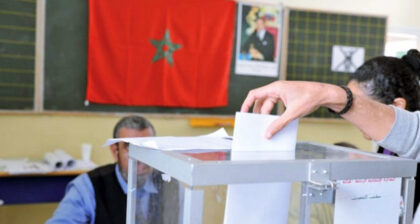 Morocco has been lately making the headlines of international media and has been at the focus of many analyses by renowned pundits as it gears to hold elections this Wednesday, September 8, a poll that will concern for the first time legislative, regional and local elections, out of concern to rationalize expenses, in addition to the fact that the polls are taking place in a context marked by the coronavirus pandemic.

These elections, the third since the “Arab Spring” and the constitutional reform of 2011 that gave the Prime Minister more executive power, including the authority to appoint government officials and to dissolve parliament, are being held despite the constraints linked to the pandemic and are of particular importance as the balance of power in the region are evolving substantially, especially between Morocco and Algeria.

Actually pundits, mainly European, try to understand what the Moroccan elections mean for the geopolitical reconfiguration of North Africa, which is at the gates of Europe, and which is undergoing great changes.

Their interest for Morocco is not fortuitous as it is a reliable African partner for the European Union.

As recalled by Emerging Europe, a London-based news and intelligence platform, since Mohammed VI became king, Morocco has strengthened its relationship with the European Union, becoming over the past two decades Brussels’ most reliable partner in Africa.

Morocco is now the EU’s 20th biggest trade partner, representing one per cent of the bloc’s total trade in goods with the world in 2020, the platform noted, recalling that Morocco is by far the EU’s biggest trade partner among the so-called southern neighborhood countries (which also include Algeria, Egypt, Israel, Jordan, Lebanon, Libya, Palestine, Syria and Tunisia), with 25 per cent of total EU trade in goods with the region.

The EU meanwhile is Morocco’s largest trading partner, accounting for 56 per cent of trade in 2019, and the same year, two-way trade in services amounted to 10.7 billion euros, the news website recalled.

Highlighting the successful EU investments in the Kingdom, such as the Renault-Nissan’s car plant at Tangier, the publication noted that Half of all Dacia cars made globally are now assembled in Morocco, at Tangier and at the older SOMACA plant in Casablanca. More than two-thirds are exported, and car making has become a key driver of the country’s economy.

Morocco’s emergence as a North African hub for EU trade and investment has not, however, seen it neglect initiatives to develop deeper ties with the rest of Africa. Indeed, what has become known as “South-South” cooperation has been enshrined in Morocco’s constitution since 2011, the European platform said, underlining that even before that, Morocco was working towards improving trade and cooperation with its African and Arab neighbors.

Thanks to the initiatives and directives of King Mohammed VI in the socio-economic fields, Morocco was propelled onto the international scene.

At the diplomatic level, one of the outstanding events of these past years is the recognition by the United States of Moroccan sovereignty over Western Sahara and the restoration of relations with Israel.

According to analysts, the economic and diplomatic boom cannot be attributed to the Islamist Justice and Development Party (PJD) which has been heading the government since 2011. Actually, the PJD leaders try to hold back the country’s progress in some issues, such as the emancipation of women. Likewise, they voiced opposition to the establishment of diplomatic relations with Israel.

In this context, the PJD is seemingly losing momentum and experts are predicting a scathing decline because of internal and external factors.