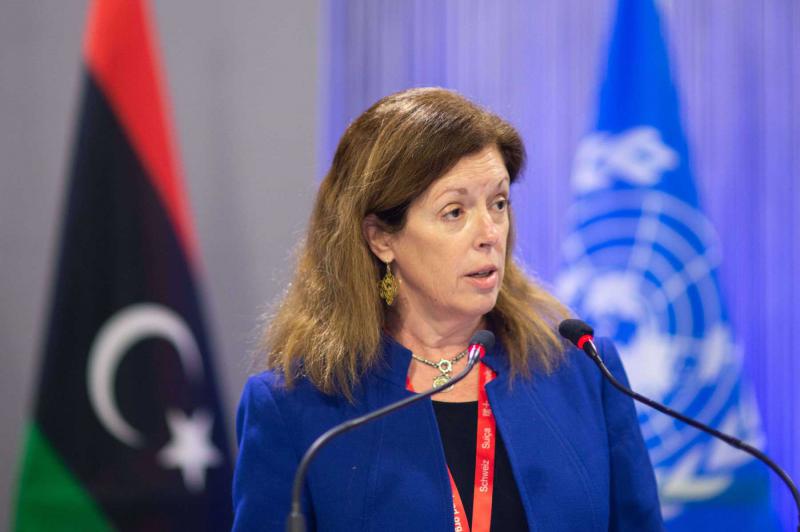 UN Advisor for Libya Stephanie Williams has invited the head of the High Council of State (HCS) Khalid al Mishri for a meeting with the President of the House of Representatives (HoR) Aqila Saleh to discuss ways to end ongoing impasse and reach consensus for the organization of elections.

Al-Mishri’s media office posted the invitation on its website, but the Libyan official indicated that he would consider the significance of the visit to Egypt for the meeting and its impact on resolving entanglements in Libya, especially the deadlock in the political track.

Al Mishri, according to his office, believes the visit is not the target but the seriousness of the other party (Saleh), particularly in finding a national consensus that ends the transitional phases by renewing political legitimacy via elections as soon as possible.

Libya currently has two rival Prime Ministers, backed either by the HCS or HoR. The rivalry between the two chambers has bolstered the division in the oil-rich African country which failed to hold UN-backed elections on Dec. 24.

Williams who is expected to leave office end of this month has been bringing various sides to work on a common path towards elections.

It is unknown when the proposed meeting will take place but the invitation comes after Saleh met with the Head of the Presidential Council, Mohammed Menfi, in Cairo on Wednesday.

Menfi’s spokesperson Najwa Weheba said the meeting discussed the need for the success of constitutional talks in Cairo between the HoR and High Council of State.

North Africa Post's news desk is composed of journalists and editors, who are constantly working to provide new and accurate stories to NAP readers.
NEWER POSTTunisia: UGTT charges IMF of  pressuring it to endorse government-pushed reforms
OLDER POSTEuropean Court calls on Moscow to halt execution of Moroccan captured in Dontesk