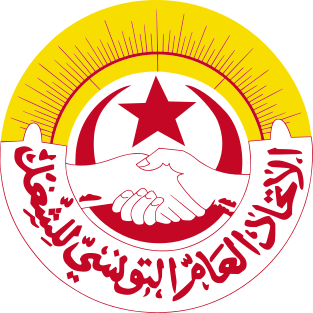 UGTT, Tunisia’s mighty labor union, Thursday slammed the International Monetary Fund (IMF) for exerting pressure on the organization to back reforms proposed by the government as a condition to grant the North African country a multiple-billion dollar loan needed to support the economy.

The accusation was leveled by the organization’s deputy Secretary General Samir Cheffi, in front of the union’s office in the city of Sfax, Thursday, while public sector workers observed a general strike called for by the Union.

Tunisia, which is suffering from an acute economic crisis compounded by the pandemic and an ongoing political stalemate, has turned to the Washington-based institution for a $4-billion loan. But the IMF has requested a set of reforms.

The government of President Kais Saied has submitted a set of reforms, including privatization of some pubic companies and removal of some subsidies. The UGTT rejected these reforms.

“Among its conditions, the IMF required the UGTT to endorse the government’s reform program. This is the first time in the history of the IMF that, during its negotiations with countries, requires that the trade union is also committed. We are now certain that the UGTT is not only targeted in Tunisia but also internationally, by this organization that is the IMF. We refuse these supposed reforms that they want to impose on the Tunisian people. The IMF will not govern Tunisia,” Cheffi said.

Most activities in the North African country were affected by the strike called by the union which put the strike success at over 96 per cent.

The general strike has been successful despite the smear campaign targeting the union, UGTT Secretary General Noureddine Taboubi, announced in an address at the UGTT headquarters in Tunis, indicating that the turnout stood at 96.22%.

He reiterated the UGTT’s commitment to the defense of workers’ rights, calling on the government to honor its commitments to the trade union.

Taboubi also called on the government to publish the document presented to the IMF to get a $4 billion credit, so that people will be aware of the “unfair” measures that will be taken and that will destroy, according to him, Tunisians’ purchasing power.

Last week, the labor leader revealed that the organization is being targeted by the government after it turned down President Saied’s offer to be part of a national dialogue to lead to a new constitution.

UGTT slammed the dialogue arguing that its current format – without political parties critical of the government – is unfair. It also posited that the outcomes are already known.

North Africa Post's news desk is composed of journalists and editors, who are constantly working to provide new and accurate stories to NAP readers.
NEWER POSTMorocco needs to have its own refining capacity
OLDER POSTLibya: UN Advisor invites HCS leader Khalid Al-Mishri for meeting with HoR President to discuss elections