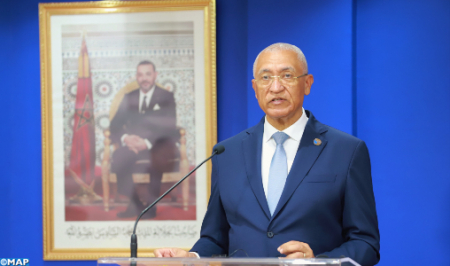 Cape Verde to set up Consulate General in Dakhla

Cape Verde announced Wednesday from Rabat that it will soon set up a Consulate General in the city of Dakhla, confirming thus its support to the Moroccaness of the Sahara.

The announcement was made by Cape Verdean Minister of Foreign Affairs, Rui Alberto De Figueiredo Soares, who was taking part in in Rabat in the first ministerial meeting of the African Atlantic States, held at the initiative of Morocco.

The Cape Verdean top diplomat’s talks with Bourita covered bilateral relations, and the strong ties of friendship and solidarity existing between the two countries.

He reiterated his country’s firm backing to Morocco’s autonomy plan offered for a lasting settlement of the Sahara issue, saying this plan is the ONLY credible and realistic solution to resolve this dispute.

The two Ministers hailed the shared determination of Morocco and Cape Verde to contribute to peace and stability in the African continent.

Bourita welcomed the decision and thanked Cape Verde for its support for the Moroccanness of the Sahara. He also recalled Cape Verde’s commendable participation, at the level of its Ambassador in Dakar, in the African Ministerial Conference on support to the United Nations political process on the regional dispute over the Sahara, held in Marrakech on March 25, 2019.

Cape Verde’s announcement comes just one day after Togo announced a similar move through the voice of its Foreign Minister Robert Dussey, who reiterated his country’s support for Morocco’s territorial integrity and affirmed his backing for the autonomy plan presented by the Kingdom.

These two new Consulates General will bring to 27 the number of consular representations opened in the cities of Dakhla and Laayoune.

North Africa Post's news desk is composed of journalists and editors, who are constantly working to provide new and accurate stories to NAP readers.
NEWER POSTAlgeria backpedals on expanding gas pipeline to Spain
OLDER POSTAlgeria, where are your Saturday people, and where are your Sunday people?