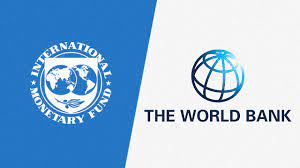 Preparations for the annual meetings of the World Bank Group and the International Monetary Fund were at the focus of talks, held Thursday in Rabat, between Minister of Economy and Finance, Nadia Fettah, Central Bank governor Abdellatif Jouahri, WB Vice-President and Corporate Secretary, Diariétou Gaye, and IMF Secretary-General, Ceda Ogada.

The meeting was held part of a technical mission to Morocco conducted by a high-level delegation of the two international financial institutions to coordinate preparations for the WB-IMF annual meetings, due in Marrakech in October 2023.

The talks tackled the means to be implemented to ensure better organization and smooth communication.

On this occasion, the parties assessed the progress of preparations for these annual meetings and the measures taken by the host country for the success of this event. They also expressed their satisfaction with the progress achieved in various aspects and with the outcomes of this mission.

The organization of this event, which will be held in an African country for the first time in over 50 years, is a real opportunity to give a boost to all national sectors, especially after the health crisis and its repercussions, Nadia Fettah told the press following the meeting. It is also an opportunity to start a communication campaign both internationally and nationally, she added.

In similar remarks, Gaye said she was pleased with the organization of this major international event in the Kingdom. “Morocco is prepared to receive the world for an event that will certainly be a great success,” she added.

The 2023 annual meetings, which will see the participation of 12,000 people, will be an opportunity to highlight the structural reforms undertaken by Morocco and the various advances made, and to exchange viewpoints with decision-makers and international experts on ways to promote international and regional cooperation.