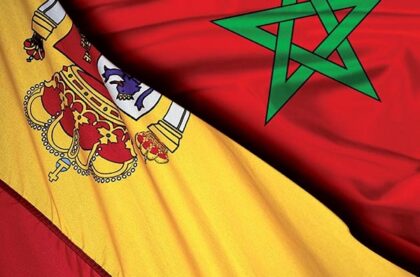 The cooperation agreement, signed in February 2019, between Morocco and Spain to fight all forms of crimes and terrorism, has come into force starting this Saturday, April 30, 2022.

Under the agreement, the two countries’ authorities will cooperate in combating kidnapping, drugs & human trafficking, illegal immigration, sexual exploitation of children, as well as the production, distribution or possession of pornographic material involving children.

The scope of Moroccan-Spanish cooperation includes also the fight against money laundering, economic & financial crimes, forgery & fraudulent use of identity documents, cybercrime, illegal trade in art and artifacts and crimes against natural resources and the environment