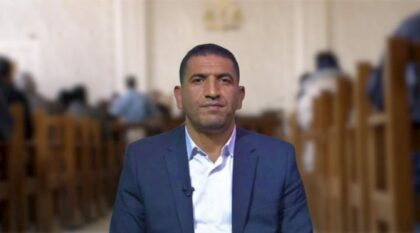 Algerian opponent and Hirak figure Karim Tabbou was arrested on Friday in Algiers, announced the National Committee for the Release of Detainees (CNLD).

Coordinator of the Democratic and Social Union (UDS, not authorized in Algeria), Karim Tabbou was “arrested at home by the police,” the Committee said in a post on Facebook without giving any details on the reasons for his arrest. “Stop the instrumentalization of justice, opinion is not a crime,” the post reads.

This arrest comes after Karim Tabbou made statements in which he paid a “tribute to Hakim Debbazi”, a prisoner of conscience who passed away last Saturday in the prison of Kolea in Tipaza (70 km away from Algiers). In his publication, he held the authorities accountable for Debbazi’s death following a heart attack. The deceased had “taken on his frail shoulders all the weight of the claims expressed in the Hirak,” Karim Tabbou said.

Karim Tabbou had been arrested on September 26, 2019 in another case, and had also been imprisoned for nine months for “undermining national security.” He has been sentenced a second time on March 24, 2020 to one year in prison for the same charge.