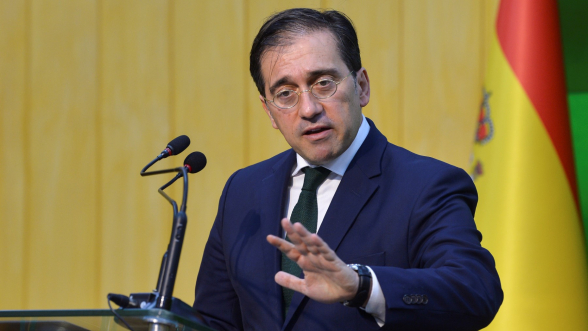 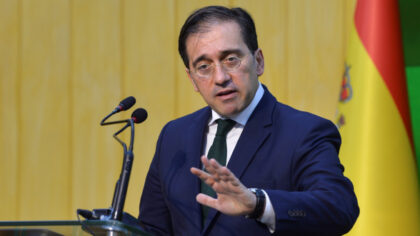 In a swift response to the statement made by the unpopular Algerian president Abdelmajid Tebboune criticizing Spanish support to Morocco’s autonomy plan for the Sahara, the Spanish foreign ministry hits backs affirming that its stand on the Sahara is a “sovereign decision”.

The Spanish government’s decision is in line with international legality and there is nothing to add on this subject, underlined the top diplomat, refusing to engage in unproductive “sterile controversy”.

“I am not going to fuel sterile controversy on the Sahara. Our decision is sovereign and it is in line with international legality”, affirmed the Spanish Foreign Minister.

In a letter sent to King Mohammed VI, Prime Minister Pedro Sanchez voiced his country’s support to the Moroccan autonomy plan offered for the Sahara under its sovereignty, describing the plan as “the most serious, credible and realistic basis” for the resolution of the Sahara regional conflict.

He reiterated the same stand during his recent meeting in Rabat with the Moroccan Sovereign.

Madrid’s supportive stand to Moroccan autonomy plan comes after similar positions voiced by the United States, Germany, France, Israel and other countries in Africa and the Arab world.

Furthermore, all the resolutions adopted by the UN Security Council since 2007 have commended the autonomy plan and the “serious and credible efforts” made by Morocco.

Algeria’s criticism of the Spanish decision has once again shown its real face as the main party behind the perpetuation of the Sahara conflict when it recalled its ambassador from Madrid, after the Spanish Prime Minister sent a letter to King Mohammed VI describing Morocco’s autonomy initiative as “the most serious, realistic and credible” solution to the Sahara conflict.

President Tebboune told his regime’s media that the decision was that of Sanchez and had nothing to do with the Spanish state, a statement that shows his ignorance of how decisions are made in a democracy.

Sanchez had said that support for Morocco’s autonomy plan is a state policy and that the Spanish government would act accordingly.

Albares, in his radio interview, said however that what matters for Spain is that Algeria would uphold its gas supply deals with Spain.

El Confidencial in a recent article said that Spain and Europe are supporting Morocco, a source of stability and a gate to Africa, while dealing with Algeria only as a mere gas supplier.

It wrote that Algeria cannot cut gas because that is what it lives on!

Meanwhile, several Spanish, American and European influential politicians, analysts and investors have praised the Spanish backing to Morocco’s territorial integrity, saying it is the ONLY basis for a just and lasting resolution of the Sahara regional dispute.