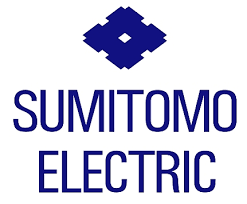 Japanese Sumitomo Electric Industries has decided to move its production of automotive wire harnesses to Morocco and Romania due to the Russian-Ukraine war and heightened risks in this European zone.

The decision was reported Monday by Japanese financial newspaper Nikkei, saying the move will enable the manufacturer of electric wire and optical fiber cables to avoid disruption of supply chain due to the Russia-Ukraine war.

The transfer of production lines to safer zones comes after Sumitomo was forced to stop operations in its factory in Ukraine at the end of last month.

The cost of moving production is estimated at $83.9 million. Wire harnesses are a key component in auto industry. Around 6,000 people worked at the Ukrainian plant, which accounted for about 10 pc of Sumitomo Electric’s European output and supplied wire harnesses for models such as the Volkswagen Golf.

German car maker Volkswagen has halted or decreased production of autos due to a shortage of wire harnesses and other components. It plans to assemble more vehicles in the Americas and China instead.

Eastern European countries such as Poland and the Czech Republic are home to many auto parts factories due to low labor costs. But the growing risk of the Russia-Ukraine war spillover is pushing companies to restructure their supply chains to keep production running as the world’s automakers continue to suffer from a shortage of semiconductors resulting from the Covid-19 lockdowns.