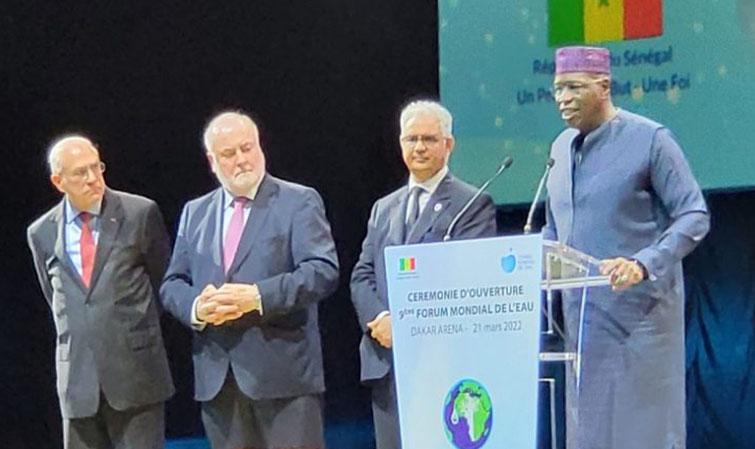 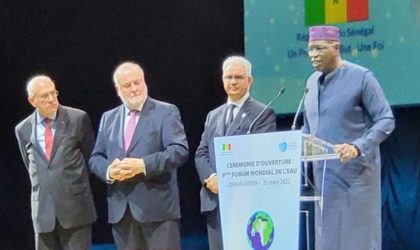 The Hassan II Great World Water Prize was awarded to the Organization for the Development of the Senegal River (OMVS) in recognition of its commitment to this year’s theme “Water security in the territories for sustainable development and food security”.

The award was handed to the High Commissioner of the organization Hamed Diané Seméga by Moroccan Minister of Equipment and Water, Nizar Baraka, proceeded, during a ceremony organized at the opening Monday of the 9th edition of the World Water Forum, held under the theme “Water security for peace and development”. The Forum running till March 26 he held in Diamniadio, near Dakar.

The Dakar-based Organization for the Development of the Senegal River (OMVS) is an intergovernmental development organization created in March 1972 in Nouakchott by Mali, Mauritania and Senegal, to manage the Senegal River basin, which covers an area of 289,000 km2. The OMVS has been nominated this year for the Nobel Peace Prize 2022.

The Hassan II Great World Water Prize, created in March 2000, is a joint initiative of Morocco and the World Water Council, in honor of the late King Hassan II, in recognition of strategic vision in the field of protection and integrated and sustainable management of water resources and of his actions in favor of international cooperation and water resources preservation.

Part of its participation in the 9th edition of the World Water Forum, Morocco set up a pavilion, showcasing the Kingdom’s experience and achievements in water resources sector, its know-how, responses, innovations, projects and prospects in this field.

The Moroccan Pavilion, covering an area of 325 m2, was inaugurated in the presence of President of the World Water Council, Loïc Fauchon, the OMVS High Commissioner Hamed Diané Séméga, and other personalities.

The inauguration ceremony was marked by the projection of a film on Morocco’s water resources management policy.

President of Senegal Macky Sall visited the pavilion which serves as a platform for the exchange of experience and expertise on water-related issues such as water and food security, green economy, sustainable development, as well as cooperation between the private and public sectors.