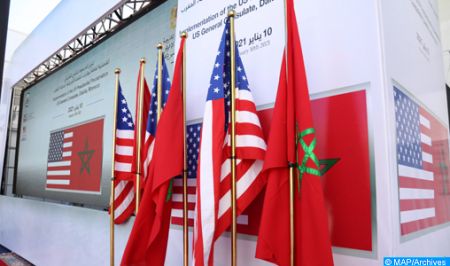 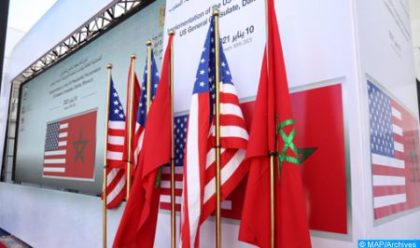 Washington has stressed that it shares Spain’s position on the Sahara issue, and reiterated that the autonomy plan proposed by Morocco is “serious, credible and realistic”.

“We continue to consider the autonomy plan presented by Morocco as serious, credible and realistic” and which has a clear potential to meet the aspirations of the people of the region, a spokesman for the US State Department told the Spanish news agencies “Europa Press” and “EFE”.

The spokesman reaffirmed Washington’s support for the UN special envoy for the Sahara, Staffan de Mistura, and his efforts to “promote a peaceful and prosperous future” for the region.

The spokesman’s remarks to the Spanish news agencies come after the release of the message that the president of the Spanish government, Pedro Sanchez addressed to King Mohammed VI and the statement of the Spanish Government made Friday on the Sahara issue and on Moroccan-Spanish relations.

In his message to the Sovereign, Pedro Sanchez stated clearly that Spain supports Morocco’s autonomy initiative as “the most serious, realistic and credible” basis for settling the Sahara issue and pointed out that “he recognizes the importance of the Sahara issue for Morocco.”

Later Friday afternoon, the Spanish government presidency issued a statement saying that Spain is committed to respecting Morocco’s “sovereignty and territorial integrity,” as part of a “new era” in bilateral ties.

“We are ushering today a new era in our ties with Morocco, based on mutual respect, the implementation of agreements, refraining from unilateral actions, transparency and permanent communication,” said the Spanish Presidency in the statement.

“This new era will be elaborated…in a clear and ambitious roadmap in order to guarantee stability, sovereignty, the territorial integrity and prosperity for our two countries,” the Spanish presidency said.

The Spanish government also reaffirmed determination to address together with Morocco “all the common challenges notably in terms of cooperating to manage migration flows in the Mediterranean and in the Atlantic, by acting in a spirit of full cooperation and to restore normalcy in the movement of people and goods benefiting the two peoples.”

The Spanish government welcomed the scheduling of a visit by Prime Minister Sanchez to Morocco in order to elaborate the roadmap for bilateral relations as well as the upcoming visit by Spanish foreign minister to Morocco by late March.

Morocco’s foreign ministry welcomed Spain’s support for the autonomy initiative as “constructive commitments on the issue of the Moroccan Sahara and as a “clear and ambitious roadmap” to improve and advance bilateral diplomatic ties between the two countries on the basis of transparency and mutual respect.

The new position expressed clearly by Madrid indicates a step forward by Spain to mend ties with Morocco after it has maintained connivance with Algeria and the Polisario.

Morocco and Spain’s relationship fell into an unprecedented diplomatic crisis in 2021, after the European country decided to receive leader of the polisario separatist front in April 2021 for medical treatment under a false identity.

Spain’s actions greatly angered Rabat, which said that the move undermined Morocco’s trust in its long-term strategic ally.
Rabat recalled its ambassador to Spain and asked Madrid to refrain from its double-face.

Since then, the Spanish government has made several attempts to restore normality and positive diplomatic ties between the two countries, but Morocco was firm in its stand, requesting a clear-cut stand on the Sahara issue.
Analysts described Spain’s announcement as historic and as a resounding victory for Morocco and as a setback for the polisario and its mentor, Algeria.

The analysts’ predictions proved true as Algeria hurried Saturday, March 19, to recall its ambassador to Spain for “consultations”, saying in a statement from the foreign ministry that Algeria has been “very surprised” with Spain’s shift in support of Morocco’s autonomy proposal for the Sahara region.