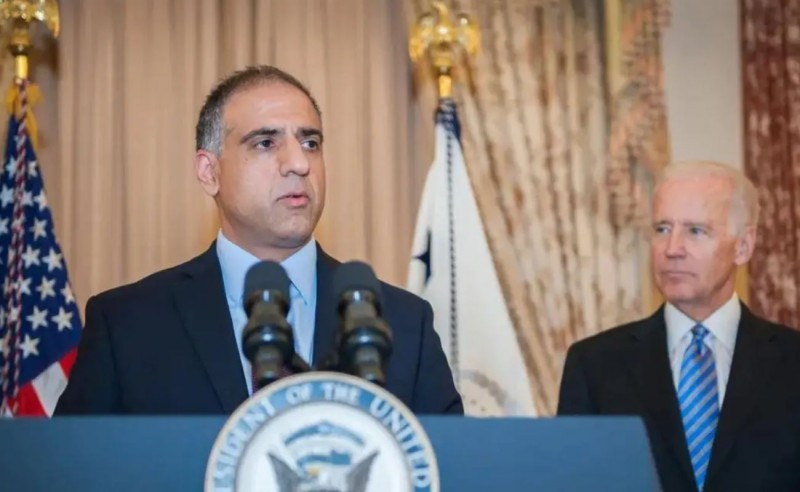 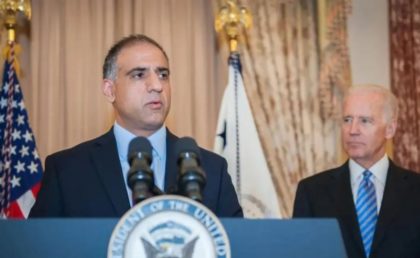 The US President announced the nomination on Friday along several other strategic ambassadorial appointments.

Puneet Talwar, who served previously as a senior adviser at the State Department, also held senior national security and foreign policy positions at the White House, and the US Congress. Talwar is also a military and security expert.

He has served as Assistant Secretary of State for Political-Military Affairs, Special Assistant to the President, and Senior Director at the National Security Council.

The Indian-American Talwar has also served as a senior professional member of the US Senate Foreign Relations Committee, played key roles in the US House of Representatives and on the State Department’s policy planning staff, said the White House in a statement.

Puneet Talwar is a DC-born veteran public servant with a close personal working relationship with US President Joe Biden for whom he served as a close advisor since the nineties.

Actually, he served as chief advisor to then-Senator Biden between 1995 and 1999, when he joined the US State Department as part of its strategic Policy Planning Staff. In 2001 he rejoined Joe Biden as Chief Advisor on the Middle East, North Africa, and South Asia to serve Biden for seven years in his role on the US Senate Committee on Foreign Relations.

When Biden became US vice-president following the election of Barack Obama in 2008, Puneet Talwar became part of the new administration and took part in the Obama administration’s top foreign policy decision-making as Foreign Policy Advisor for the United States House of Representatives.

Besides his advisory role for US Congress, Talwar served on the important US National Security Council as Special Assistant to the President and Senior Director for Iraq, Iran, and the Gulf States for five years.

After five years at the National Security Council, then-President Obama nominated the foreign policy expert for the role of Assistant Secretary of State for Political-Military Affairs. Talwar has been credited with having had a key role in the realization of the Joint Comprehensive Plan of Action, commonly known as the Iran Nuclear Deal.

Tawlar’s time in the corridors of power ended in 2015, when he joined the private sector and served as senior member of several NGOs and universities. He was senior fellow at the Asia Society Policy Institute, visiting fellow at the Penn Biden Center at the University of Pennsylvania, adviser to conflict resolution NGO Inter-Mediate, among others, until Biden’s election in 2020, when he was asked to join the presidential transition team.

Biden’s nomination of his former close advisor to the position of ambassador in Morocco with extraordinary and plenipotentiary authority is seen by analysts as a sign Biden is taking Morocco very seriously, commented the news outlet moroccoworldnews.com.

Once confirmed by the Congress, Talwar’s presence at the head of the US embassy in Morocco would ensure close relations with the US president, who will have a veteran diplomat in charge of the diplomatic mission in Rabat.

With Morocco closely connected to several geopolitical trends, including security in the Sahel, climate change, terrorism and migraton, the appointment of a close confidant of Biden is an indication of further collaboration between Rabat and Washington, the news outlet noted.

Talwar holds an engineering bachelor and a master degree in international affairs.