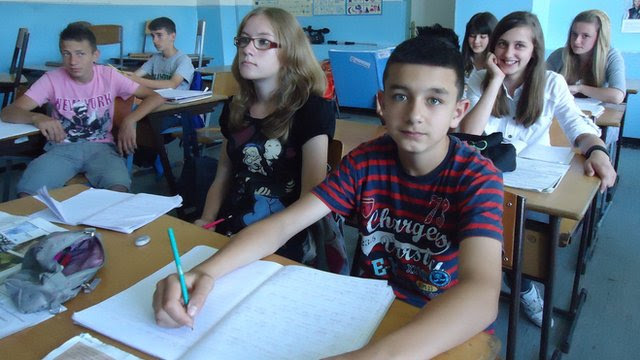 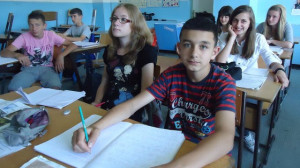 Twenty years ago the Bosnian Civil War was coming towards its slow conclusion and the 1995 Dayton Peace Accords instituted an internationally agreed settlement that ended the violence. This conclusion of conflict is probably unique because it was exactly that; there are no definitive incidents of recrimination after the fighting ceased. However whilst bloodshed was over, the ethnic rivalry moved into the political sphere and created a fractious, dysfunctional, form of governance.
The Dayton Accords created a vast bureaucracy that attempted to treat Bosniak, Croat, and Serb populations equally. This manifests itself in a federal tripartite presidency, alongside equivalent positions in the country’s political entities: The Federation of Bosnia-Herzegovina and the Republic of Srpska, alongside the jointly administered Brčko District. These entities have their own political leaders that cover all areas of governance and equates to a country of 3.8 million people having over 180 ministers. The duplication along ethnic lines has created political infighting between factions as they play a zero-sum game in the country’s political sphere via a form of ethnic nationalism.
This battle is dangerously evident in the Bosnia’s education system, where the seeds of a new conflict are being sown by either a calculated strategy or with an accidental but reckless abandon. The schools are decentralized and segregated along the same lines as the civil war, as the regional administrations focus on their corresponding ethnic groups. This often takes the form of a ‘two schools – one roof’ policy that sees children occupying the same building but experiencing entirely separate lives. This can manifest itself in different schedules, wire fences, and even unequal educational investment. The most basic psychology demonstrates how separation leads to animosity between otherwise similar groups.

Institutionalizing this makes reconciliation even more difficult, but division will be almost certain and it lays the foundations for opposition instead of cooperation.
The content of Bosnia’s curriculum emphasizes these differences further, as Bosniaks, Croats, and Serbs all have their own curriculum outside of the control of the federal government. There are claims that these programs attempt to legitimize the actions of their respective sides in the conflict, including the 8373 person massacre in the UN enclave of Srebenica.
Understandably these curriculums have been the focus for international attempts at reform from organizations such as the Organization for Security and Co-operation in Europe (OSCE). Even at a fundamental level, such as language, literature, and geography, there is a focus on content that is distinct to each ethnic group. There have even been instances where Bosnian children have been withdrawn from their local schools under protest against a Serb system designed to assimilate rather than embrace their country’s diverse population. Such an approach further highlights the political separation between the different ethnicities in Bosnia and develops preexisting splits already present in the country’s younger generations.

It is evident that Bosnia’s children are being subjected to a politically driven education system that attempts to entrench divisions analogous to the civil war. However these blatant attempts at encouraging animosity would, to some extent, be mitigated by having a system that encourages analysis and critical thinking. Unfortunately Bosnia’s curriculums share a common feature, a focus on memorizing facts instead of evaluating them. Whilst this does not seem as serious as being overwhelmed with institutionalized prejudice, the ability to discount it is a vital part of a response to challenge the segregation of Bosnian society.
Children being raised without the ability to understand why intolerance is promoted will have no reason to be skeptical and will probably take it at face value.
The abiding memories of violence and the caution found in many of the survivors of the conflict could outweigh the combination of these three factors. However the new generation, those likely to be the majority of combatants, do not have this warning from history. When united with an education system that is based on separation, this could create an entire generation predisposed to sectarian conflict. Many of Bosnia’s politicians were leaders of the various parties in the civil war and for those still wishing to secede from the country, this new generation offers opportunities.
Amongst Bosnia’s youth population there is an indoctrinated section that readily identifies themselves with the ethnic divides of the war and not, for example, Tito’s inclusive Slavic identity. These children of a reconstructed
Bosnia are the right age for fighting in conflict and have been subjected to an education system that reinforces an ideology suited to a second civil war.
Bosnia is a country that has been reconstructed and hopes to join the institutions of the international community, such as the EU and NATO.
However it has not experienced reconciliation and the Dayton Peace Accords serve to consolidate this status quo. Unfortunately this makes another conflict almost inevitable as division is institutionalized. Without political reform that changes all aspects of Bosnia’s government, it will continue to be a dysfunctional country that the UN, in November 2013, noted was in danger of jeopardizing its own hard-won progress.