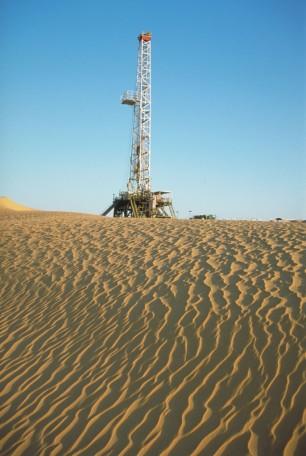 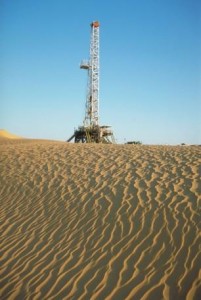 The nod has been given by Algeria’s Council of Ministers for works in relation with the development and exploitation of unconventional gas to continue.  The North African country once rich oil and natural gas reserves have been declining in recent years. The exploitation of shale gas is expected to complement the drop.
Algeria has not stated whether its shale gas can be commercialized but it did project that almost 7 to 13 years will be needed to confirm its potentials. According to a 2013 report by the U.S. Energy Information Administration, Algeria is third globally after China and Argentina in technically recoverable shale gas reserves with 707 trillion cubic feet (20 trillion cubic meters). However, official Algerian figures estimate that tight gas reserves are between 300-500 Tcf, while recoverable shale gas reserves are said to be as high as 700 Tcf.
After the meeting of the Council of Ministers, a statement from the presidency “instructed the government to ensure that exploration and later exploitation of shale gas and oil is carried out with a view to preserving water resources and protecting the environment.” The statement also mentioned that there are good potential in terms of recoverable quantities. The exploitation of shale gas is criticized by environmentalist for the hazards it poses to the environment.
Algeria is now hoping that foreign partners will begin to show interest in its unconventional resources after Council of Ministers launched the necessary procedures. Seismic surveys area also being planned. 11 wells are expected to be drilled over the next seven to 13 years.
Algeria has recently embarked on relaxing its strict investment laws Amongst which are amendments of its oil and gas law to create an incentive for shale gas developments.