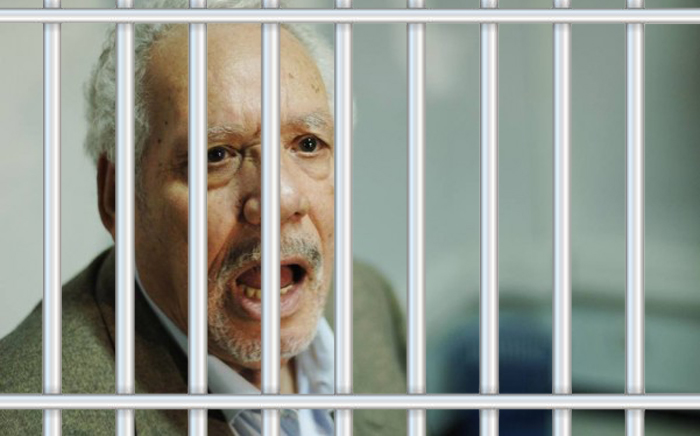 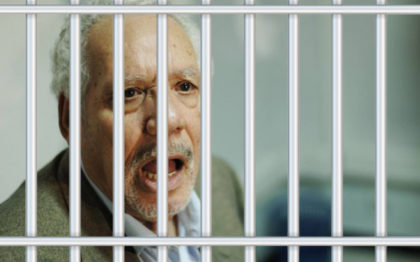 The Swiss Office of the Attorney General (OAG) has retained the charges of “complicity in war crimes” and “crimes against humanity” against former Chief of Algerian army and ex- Defence minister, General Khaled Nezzar.
The OAG accuses Gen. Nezzar, who was arrested in Geneva in 2011, of war crimes and crimes against humanity. These serious criminal offenses were committed between 14 January 1992 & 31 January 1994 during the Algerian civil war, while he was the commanding General of the military junta and serving as Defence minister.
After more than 10 years of investigation and numerous judicial twists, the end of proceedings paves the way for sending Nezzar to the Federal Criminal Court to stand trial for his “complicity in war crimes” and “crimes against humanity”, including “extrajudicial executions”, “torture” and “enforced disappearances”, says “TRIAL International”, which filed a criminal denunciation against Nezzar in 2011.
The OAG accuses him with having participated as an accomplice in the commission of multiple war crimes (murder, torture, inhuman treatment, illegal detention) as well as killings in the context of a systematic and widespread attack against the civilian population between January 1992 and January 1994, when he was the strongman of the High State Council and served as Defense Minister.
Giulia Soldan, Head of International Investigations & Litigation Program said : “Sending Mr. Nezzar to trial would set a historic precedent: it would be the first time in the world that such a high-ranking person would be held accountable for war crimes and crimes against humanity before an ordinary national court”.
During Algeria’s “black decade”, which left 200,000 people dead or missing between 1992 and 2000, Khaled Nezzar was the head of the army as Minister of Defense and de facto leader of the military junta, at the head of troops that committed an incalculable number of abuses.
Violations of human rights and international conventions were widespread and the use of torture systematic. Impunity for these acts is total to this day. “No one has ever been investigated in Algeria, let alone tried for these crimes. This is the last opportunity to be able to expose before a tribunal the crimes committed during the Algerian civil war”, added Giulia Soldan.
The long procedure against Mr. Nezzar, which lasted longer than the Algerian civil war itself, was made possible by the courage of the victims and the presence of TRIAL International and committed lawyers at their side.
To avoid prosecution, Nezzar took refuge in Spain since July 2019 but he returned to Algiers on 11 December 2020 aboard a presidential plane on the instructions of General Saïd Chengriha. Upon arrival, he was greeted at a military airport by top Algerian military brass.