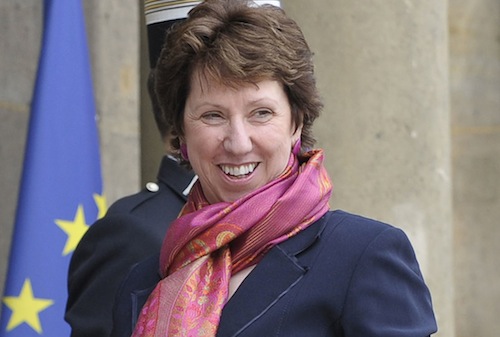 EU Sanctions in Syria: Slow Tools for an Urgent Objective

The uprising in Syria has led the European Union (EU) to employ an instrument it rarely uses in the Mediterranean: sanctions. Since May 2011, the EU has deployed its sanctions toolbox in support of the anti-regime uprising in Syria. The objective of the EU is to increase pressure on the Assad regime to end repression, withdraw the Syrian army from besieged towns and implement democratic reforms. The sanctions package can be expected to affect the regime and the Syrian society differently.

Some sanctions target the Syrian government – for example, EU sanctions prohibit disbursements and assistance by the European Investment Bank and by the member states. Measures ensure that private actors in Europe do not issue loans for projects interrupted by the EU – notably, the construction of power plants. The issuing of insurance to the Syrian government and the opening of new subsidiaries of Syrian banks in the EU are banned, as is the opening of new offices of European banks in Syria. The assets of the Syrian central bank in the EU are frozen and it is forbidden to trade public bonds to and from the Syrian government, public bodies and financial institutions. Individuals involved in the exercise of repression are directly targeted: They are prohibited from entering the territory of the EU, and their assets in Europe are frozen. The blacklist features 155 individuals and 52 entities.

The EU sanctions also target the repressive apparatus of the regime by employing an embargo on arms and dual use items. However, the EU arms embargo is negligible: Russian arms exports to Syria have more than tripled in the period from 2008 to 2011, and continue raising into 2012. Yet, the embargo has been supplemented with a ban on the supply of software for the interception of internet and phone communications, and most recently with a policy of inspecting vessels and aircraft suspected of transporting weapons to Syria via Europe. The most powerful sanctions target the energy sector to cut off the government’s sources of revenue with the aim of weakening the repression. These entail a ban on the import of oil and petroleum products from Syria, but also a prohibition on providing insurance to this sector, supplying technology for the oil and gas sector, as well as providing loans to enterprises in the oil industry. The increase in participation in Syrian enterprises engaged in the oil sector is prohibited. The ban on oil and petroleum products from Syria is the single most powerful measure in the package, given that fuels and mining products constituted over 89% of EU imports from Syria. The ban on insurance has serious economic implications since oil shipments now have to be insured by authorities in the recipient states at prohibitive costs.

Finally, some sanctions restrict trade: a ban on cargo-only flights, and a ban on the export of luxury products, gold, diamonds and precious metals. Aside from the oil embargo, the bans affecting imports are marginal. The EU merely imported textiles and agricultural products from Syria, while exports of crude oil to the EU representing 27.4% of total Syrian exports in 2010. Long-term financial support for trade with Syria is banned.

“Do these measures stand a chance of discouraging repression? The arms embargo can only become effective if it is made mandatory by the UN Security Council – something the US and the EU has promoted repeatedly to no avail.”

Despite their strong symbolism, the ban on luxury goods or the blacklisting of Syrian officials can hardly be expected to instil a policy change. The trump card of the sanctions package is the oil embargo, given that most of the oil produced by Syria used to be sold to Europe. Along with the restrictions in the banking sector, it reportedly deprives the regime of key revenue. However, bans on insurance and supply of spare parts for the oil and gas sector needs years to show effects. While EU and US sanctions against Syria are damaging the economy considerably, its effects on the power balance in Syria remain difficult to ascertain. Ironically, only pressing situations, such as violent conflict, compel the EU to adopt strong measures like energy bans. Yet, because these measures need time to produce sufficient damage to encourage concessions, they are ill-suited to address situations requiring an urgent fix, such as the one that is now unfolding in Syria.

Note: This commentary is a shortened version of security policy brief (The EU’s Sanctions against Syria: Conflict Management by Other Means, Security Policy Brief 38) published in September 2012 by the Brussels-based Royal Institute for International Relations – Egmont.

For the full brief and referencing, please visit: http://www.egmontinstitute.be/papers/12/sec-gov/SPB38.pdf