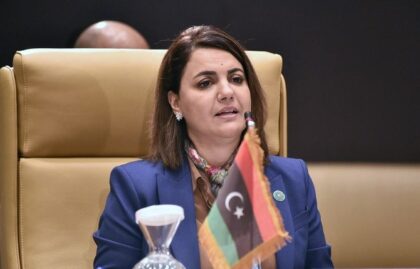 The Government of National Unity (GNU), the interim Libyan government, has opposed the decision by the Presidential Council (PC) to suspend the country’s top diplomat Najla Mangoush and refer her for investigation, arguing that the PC has attacked outside its mandate per Libyan Political Dialogue Forum (LPDF).

The PC Saturday banned Mangoush from traveling outside the country as part of the decision to suspend her for two weeks. She is accused of acting unilaterally in foreign policy affairs without coordinating with the Presidency Council in line with the LPDF.

Brokered by the UN early this year, the LPDF led to the establishment of the GNU, the renewal of PC and the roadmap for first presidential elections in the oil-rich country in a decade following the assassination of Muammar Gaddafi in a NATO-backed revolution.

Mangoush came under attack by PC following an interview with the BBC that touched on the 1988 Lockerbie bombing, saying there are “positive outcomes coming” in the Lockerbie case.

In response to a question about any plans of extradition of Abu Agila Masoud, considered the main suspect in the case, the Foreign Minister said “I don’t know, but we as a government are very open in terms of collaboration on this matter.

Her comments were read by some as a “potential extradition” of Abu Agila Masoud to the US.

In reaction to the PC decision, the GNU led by Abdul Hamid Dbeibeh rejected the order bringing its full support for the Libyan top diplomat.

In a statement, the GNU said the Presidential Council has “no legal right to appoint or cancel the appointment of members of the executive authority, suspend them or investigate them”, adding that these powers are exclusive to the prime minister.

The statement also noted that the consensual basis that has been predetermined by this stage requires coordination between the PC and the GNU to prevent any new political crisis.