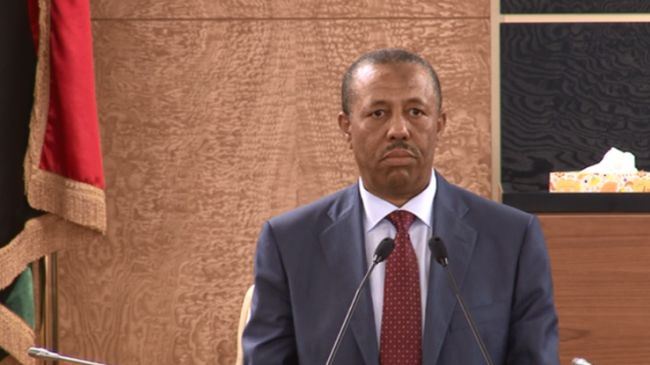 The House of Representatives, Libya’s parliament based in Tobruk, has rejected a team of cabinet ministers presented by Prime Minister Abdullah al-Thinni to form the new government. The rejection comes as another blow to the political transition of a country that seems to head for a civil war.

According to Speaker Faraj Hashim, one of the reasons behind the rejection of the Prime Minister’s proposal was due to the presentation of more than the number of cabinet members demanded by the Parliament. He said that al-Thinni was asked to form a government of not more than 10 ministers.

The administration of Abdullah al-Thani and the parliament, elected in June, both moved to Tobruk in August for security reasons when Islamist-backed militias captured most of the capital Tripoli and Benghazi. Another parliament, the General National Congress, and a government headed by Omar al-Hassi are in Tripoli and they are backed by the Islamists exist.

15 neighboring countries of Libya converged in Madrid to discuss means of ending the violence in the country and pave a way for democratic rule. Officials at the meeting said that “there is no military solution to the current crisis.”

Libyan Foreign Minister Mohamed Abdulaziz was present at the meeting. He stressed that the Tobruk based government is “not inviting any country to do any kind of military intervention in Libya” because with regards to experience, “foreign intervention has always lead to disaster.” He also said that it is “impossible… to overcome terrorism only through air strikes.”

Prime Minister Thinni, a former career soldier, has been the oil producer’s acting prime minister since March. He stood down after June elections and the new parliament reappointed him at the beginning of this month.