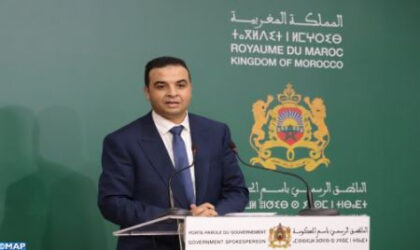 The closure of the Maghreb-Europe gas pipeline currently has no impact on the production of electricity in Morocco, said Thursday in Rabat, government spokesman, Mustapha Baitas.

The Maghreb-Europe gas pipeline (GME) was not intended for the use of citizens and its closure has no impact at present on the production of electricity in the Kingdom, said Baitas during a press briefing at the end of the Council of Government, held by video conference, under the chairmanship of Head of Government, Aziz Akhannouch.

“The price of electricity will not increase in any way, since the impact of the closure of the GME is insignificant, if not non-existent,” said Baitas.

Last Sunday, the National Office of Hydrocarbons and Mines (ONHYM) and the National Office of Electricity and Drinking Water (ONEE) had indicated in a joint statement that the decision announced by the Algerian authorities not to renew the GME agreement will have an insignificant immediate impact on the performance of the national electricity system.

The two Offices noted that, given the nature of Morocco’s neighborhood and in anticipation of this decision, the necessary arrangements have been made to ensure the continuity of the country’s electricity supply.

Algeria’s unilateral decision not to renew the agreement to supply Europe with gas via the Maghreb-Europe Gas pipeline that crosses Morocco was decried by scores of European politicians, analysts and journalists as a gas blackmail, a cynical manipulation, and as an irrational and dangerous move.