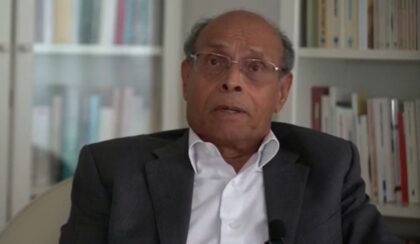 A Tunisian court has issued an international arrest warrant against former President Moncef Marzouki accused of treason after he allegedly played a key role in the postponement of Francophonie Summit initially slated in the North African country for November this year.

Currently in France, the former President has been very critical of President Kais Saied that he accuses of rolling back democratic gains made by the North African country since 2011 in the wake of the first Arab Spring uprisings. Saied has since July 25 seized all major powers and temporarily closed down the parliament. Marzouki was the first outspoken critics of the move.

In October the former leader confirmed that he contributed to the postponement to next year of the 18th Summit of the International Organization of Francophonie. In reaction to these comments, Saied has ordered the seizure of his diplomatic passport and accused him of treason against the state.

“You know how some people have gone abroad to beg, to harm the interests of the country (…) I consider that he cannot take advantage of this privilege, when he travels the world and meets people to harm Tunisia,” Saied had said during a cabinet meeting.

A group of lawyers also sued Marzouki over the same accusations. Commenting on the President’s move to seize his diplomatic passport, Marzouki said he disregards the decision, adding that he neither recognizes Saied nor his cabinet which has not been validated by the parliament. To the arrest warrant, he told Al Jazeera that he was not surprised.