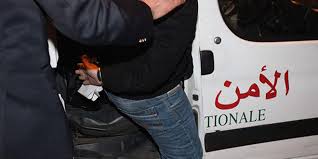 Moroccan authorities have thwarted major smuggling attempts of cannabis, cash, and illegal migrants in separate operations carried out lately in the Northern and Southern regions of the Kingdom.

In Agadir, the security services arrested over the weekend seven people, aged between 20 and 57, for their links to an international criminal network of smugglers of drugs and people.

Three suspects were nabbed in Agadir, while a fourth person was captured in Taghazout, 30 km north of Agadir. Search operations carried out in a house used by the suspects in Taghazout led to the arrest of three illegal migrant candidates, the seizure of two tons of cannabis, an inflatable boat and maritime navigation equipment.

In the coastal Saharan city of Dakhla, the police arrested six people, including a police officer, for their ties with a criminal network operating in illegal immigration and human trafficking.

Forty-nine illegal-migrant candidates, including six women and nine minors, were also arrested during this operation. The smuggler’s inflatable boat and cans of gasoline were confiscated.

In Tangier-Med port, Northern Morocco, the Customs officers have foiled an attempt to smuggle 106,950 euros into the country without making the legal cash declaration required by the law.

This undeclared large amount of money was found in a handbag during a routine search operation of a luggage inside a utility vehicle registered in Italy, belonging to a Moroccan residing in Europe. The man was detained, while the money was seized and an investigation was opened to determine its origin.