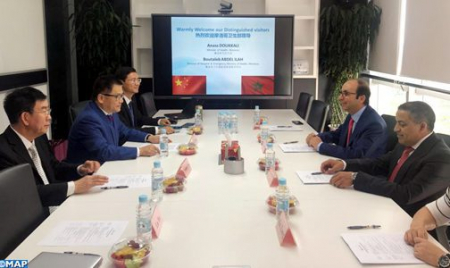 China & Morocco to Set up Traditional Medicine Center in Casablanca 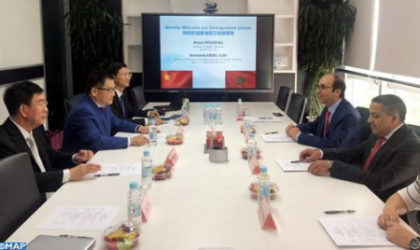 The creation of a Chinese-Moroccan center of traditional medicine was at center of talks held this weekend in Shanghai between Moroccan health minister Anas Doukkali and Chinese officials.

The center will be set up in Casablanca. It will offer traditional medical treatments, training and the possibility to carry out scientific research.

This center, which will be a reference in North Africa, is part of the projects planned within the frame of the “Belt and road” initiative, a global development strategy adopted by Beijing.

During his talks with Chinese officials, Mr. Doukkali stressed the importance of the Chinese experience in the field of traditional medicine, noting that Morocco has a big potential in the field of medicinal plants.

To unleash the potential of this untapped sector, Hassan II University of Casablanca will sign a cooperation agreement with Shanghai University of Traditional Chinese Medicine.

During his Chinese trip, the Moroccan minister visited Shanghai university hospital that combines traditional Chinese medicine with modern medicine and showed interest in this hybrid medical treatment as well as in the Chinese management of public hospitals.

Doukkali surveyed before the forum the fundamental reforms conducted by Morocco in recent years and the “Health Plan 2025” roadmap.

The roadmap seeks to strengthen national health programs, establish a comprehensive and integrated development model aimed at meeting the priority needs of citizens in terms of health services. It also seeks to address territorial disparities and reach greater social justice.

Morocco intends to generalize basic medical coverage, which now covers 62% of Moroccans, to include the self-employed and the liberal professions.

Participants in the forum approved the “Beijing Initiative” designed to bolster health cooperation between China and Arab nations this year.