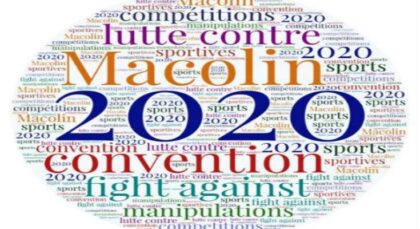 Morocco has joined the Macolin Convention on the Manipulation of Sports Competitions, a multilateral treaty seeking to prevent, detect, and punish match-fixing in sports.

Morocco’s ambassador to France Chakib Benmoussa signed on Monday this convention in Strasbourg, at the Headquarters of the Council of Europe, with Deputy Secretary General of the European Council Bjorn Berge.

The North African Kingdom has actively participated in the negotiations of this convention, which involves all stakeholders in the fight against the manipulation of sports competitions, namely public authorities, sports organizations, and sports betting operators.

Through the signing of the treaty, Morocco reaffirms its commitment to contribute to the preservation of the sports ethics, integrity, and promotion of good governance in sports.

This Convention entered into force in September 2019 and is open to member States as well as non-member States of the Council of Europe. So far, 30 European States joined this convention, pledging to combat the manipulation of sports competitions.

The involvement of organized crime makes this phenomenon a global threat to the integrity and ethics of sport, requiring increased, rapid, national and international co-operation.