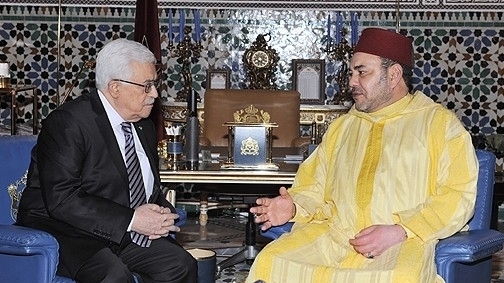 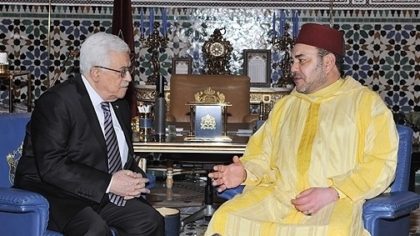 King Mohammed VI has reiterated his rejection of the US administration’s unilateral decision to recognize Jerusalem as the capital of Israel and to transfer its embassy to the holy city, and renewed Morocco’s strong and unwavering solidarity with the brotherly Palestinian people in defending their just cause, mainly that of the city of Al Quds.

This came in a message the Monarch sent to President of the Palestinian Authority, Mahmoud Abbas, following the implementation this Monday (May 14) of the US administration’s decision to recognize Al Quds as capital of Israel and relocate Washington’s embassy to the city.

Monday also coincides with the 70th anniversary of Israel’s establishment in 1948 – an event Palestinians refer to as the “Nakba”.
US President Donald Trump sparked international outcry last December when he announced his unilateral decision.

King Mohammed VI who described this decision as “an unfortunate development in the process of the Palestinian cause and our first cause, Al Quds, reiterated his refusal of this unilateral act that runs counter to the will continuously expressed by the international community”.

The international community, through relevant UNSC resolutions, has repeatedly called for refraining from any action likely to alter Al Quds’ established historical, political, and legal status. This is all the more so as the Holy city is at the core of the Final Status negotiations, the King pointed out, adding that he is following with great concern the implementation of the US decision.

The King recalled that in his capacity as chairperson of Al Quds Committee, an offshoot of the Organization of Islamic Cooperation, he had explained in letters to President Donald Trump and to the UN Secretary General Antonio Guterres the extreme importance of the city of Al Quds not only for the parties to the conflict, but also for the followers of the three monotheistic religions. Infringement of the internationally recognized legal and historical status of Jerusalem means one runs the risk of hurling the Palestinian issue into the quagmire of religious and ideological conflict, King Mohammed VI warned.

The Sovereign said that he has been following with keen interest the international consensus rejecting the US Administration’s decision, given its serious repercussions on the peace process prospects. He deemed this consensus as a strong message of support for the rights of the Palestinian people and their just cause, on top of which the city of Al Quds Asharif.

King Mohammed VI reaffirmed in his message to President Abbas his firm commitment to continue working with the US administration to come out with a balanced stand that would restore trust and revive the peace process between the Palestinian and Israeli parties.

He also vowed that he will spare no effort to mobilize the international community to ensure the triumph of the Palestinians’ legitimate rights to the establishment of an independent state with eastern Al Quds as its capital, part of a two-state solution that will contribute to a just, lasting and comprehensive peace in the Middle East.