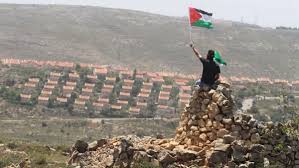 Morocco has renewed its unwavering support for the Palestinian cause and for the legitimate right of the Palestinian people to establish an independent and viable State.

This came during an extraordinary meeting of the Council of Arab Foreign Ministers, held to discuss the US government’s new stand on Israel’s West Bank settlements that it no longer considers “inconsistent” with International law.

Addressing the meeting, Moroccan ambassador to Cairo Ahmed Tazi said “the Kingdom of Morocco reaffirms its steadfast support to all issues related to the just Palestinian cause.”

He added that all Israeli settlements on Palestinian lands, including East Jerusalem, are illegal and undermine the peace process and the two-state solution.

“We stand with our Palestinian brothers in their distress and support all their rights, especially the right to establish an independent and viable state of Palestine,” he said.

Tazi also spoke about Morocco’s determination to encourage any “sincere effort that would give dynamism to the Palestinian cause.”

“Israel should respond to efforts towards achieving serious and fruitful peace negotiations with our Palestinian brothers,” the Moroccan diplomat said.

The US declared backing to Israeli’s settlement on Palestinian land was decried by several countries and by the UN Security Council as it may further dim the future of the Israeli-Palestinian peace talks.

This policy shift was seen as the latest act by the Trump administration to take sides with Israel, following its widely criticized recognition of Jerusalem as Israel’s capital in 2017, the official relocation of the US embassy to Jerusalem in 2018, and US recognition of Israel’s “sovereignty” over disputed Golan Heights last March.

The last round of peace talks between the Israelis and Palestinians collapsed in 2014, mainly over Israel’s continuing expansion of the settlements in the West Bank.

According to the latest Palestinian data, around 400,000 Israeli settlers live in 135 settlements and 100 illegal outposts in the West Bank, where the Palestinian population has reached 2.6 million.