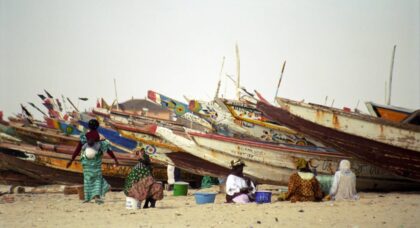 The Abu Dhabi Fund for Development, ADFD, is set to finance the upgrading of a fishing port in Mauritania to boost the local industry.

The ADFD’s funding, $7.9 million, will be used to renovate the Tanit Fishing Port including the building of an ice factory, the Gulf country’s state-run news agency WAM reported.

“The modernization of the Tanit Fishing Port represents an opportunity to directly impact the livelihoods of local fishing families while contributing to national economic growth and a number of national strategic priorities,” said Mohamed Saif Al-Suwaidi, director-general of ADFD.

Mauritania has one of the vibrant fishing industries in the West Africa region. The industry contributes 10 percent to its GDP. Fish represents 58 percent of its exports.