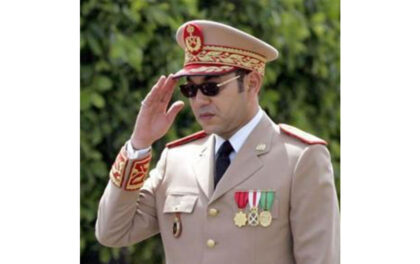 King Mohammed VI, Supreme Commander and Chief of General Staff of the Royal Armed Forces (FAR), has appointed Lieutenant General Belkhir El Farouk as FAR inspector general, said the Ministry of the Royal Household, Protocol and Chancellery in a statement.

Lieutenant General Belkhir El Farouk was appointed to this post given his professional skills and the high spirit of responsibility he has shown during the various missions entrusted to him, the statement pointed out.

Lieutenant General Belkhir El Farouk will continue to carry out his mission as Commander of the Southern Zone, the statement added.