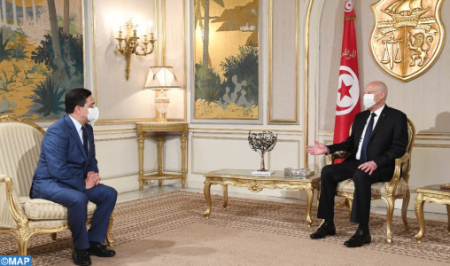 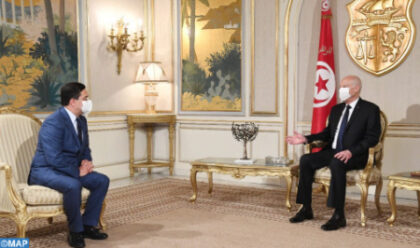 King Mohammed VI has sent a message to President of Tunisia Kais Saïed.

The message was handed over to the Tunisian head of state by Moroccan Foreign Minister Nasser Bourita during a meeting at the Carthage Palace in Tunis on Tuesday.

The meeting highlighted the strong relations between the two countries’ leaderships and reaffirmed the determination of both countries to pursue common action, uphold bilateral cooperation and achieve the aspirations of the two peoples to greater solidarity, said the Tunisian Presidency in a statement.