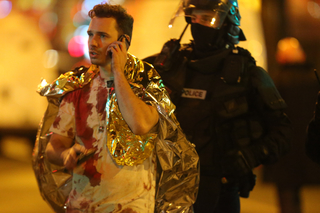 Chief prosecutors of France, Belgium, Spain and Morocco are meeting in French capital of Paris to discuss ways to improve intelligence sharing between the four countries in their counter-terrorism cooperation, reports say.

The meeting in Paris is attended by François Molins from France, Javier Zaragoza from Spain as well as Moulay Hassan Daki and Frédéric Van Leeuw, respectively from Morocco and Belgium.

“The anti-terrorist quadripartite group, a body existing since 2006, aims at improving intelligence transmission and to enhance counter-terrorism cooperation,” Molins office said in a statement.

The four countries have significantly enhanced their cooperation in the wake of the November Paris attacks and March Brussels attacks.

France and Belgium have been increasingly on high alert with threats of terror attacks still permanent following the two deadly attacks.

Morocco has played paramount role in the arrest of several Islamic State group militants in Spain, France and Belgium by providing tips-off as to their whereabouts and records.

The participants will give a joint hold press-conference on Friday to reveal further conclusions of their two-day meeting.